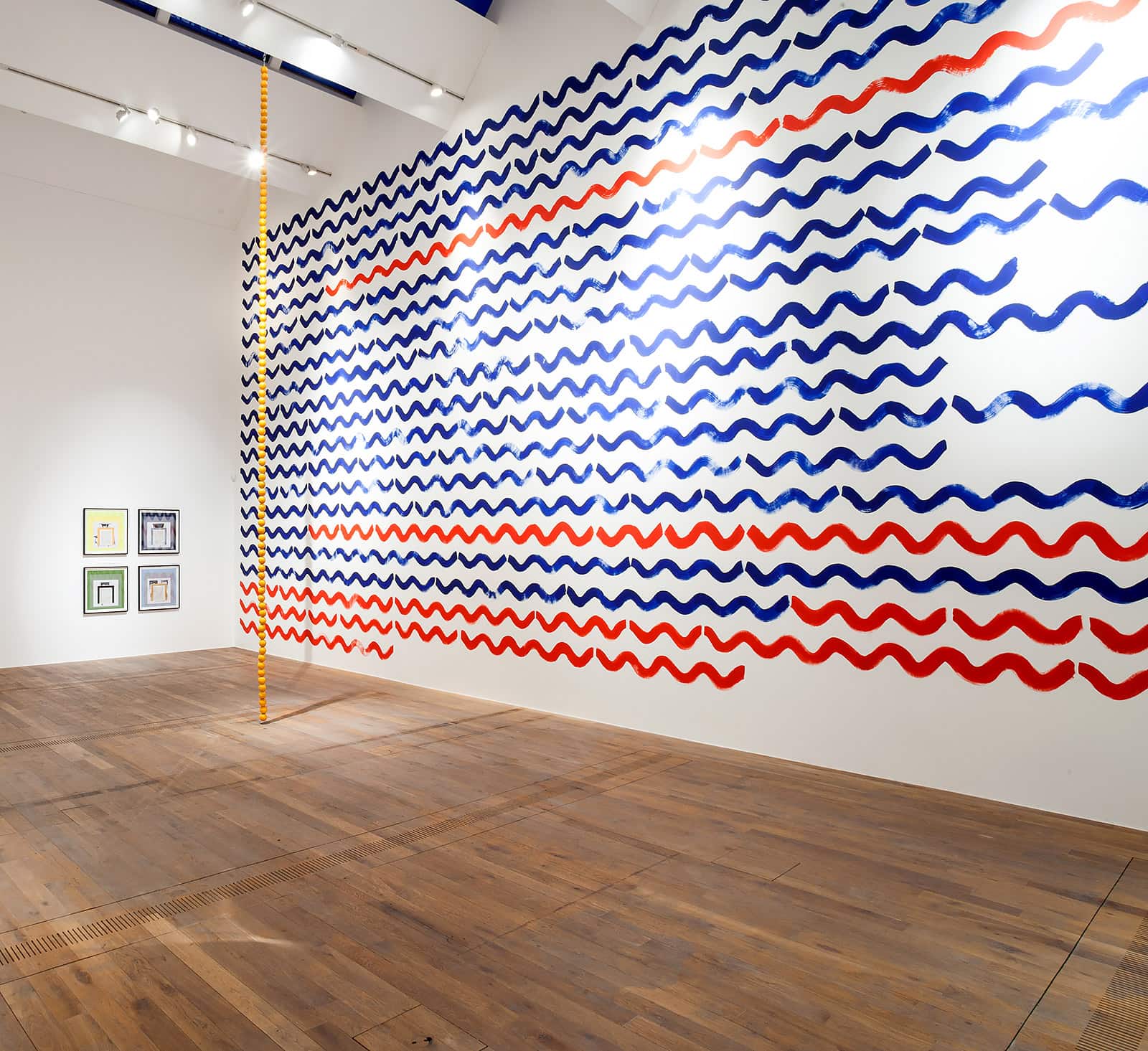 One of the foremost conceptual artists from Central and South America working today, the Cuban-born and Düsseldorf-based artist’s work and sculptural constructions are directly related to his biography, upbringing and socialization. This exhibition at MOSTYN, comprising old and new works, draws on his past experience while growing up in Cuba but transfers those experiences on a European and Western dimension. The show includes, amongst others, Let us see if a million people can be silent, a full-scale, site-specific wall mural made of regular, diagrammatic waves, each one representing a font used to quote Fidel Castro; a series of fruit sculptures; a room installation made with modernist reclaimed furniture; a series of works on canvas and offset printed paper; and Years, a 6 metre high, fragile construction of rusty steel, a partition of numbers, namely of the years 1959 to 2008 in descending order.

Born in 1970 in Sancti Spiritus, Cuba, Hernández lived in the Caribbean island nation until 2003. He maintains his Cuban citizenship and still regularly visits the country. From 1988 until 1993 he studied industrial design in Havana. For Cuba, the dissolution of communism in Eastern Europe meant an end to economic subsidies and trading partners, resulting in severe shortages of material and consumer goods. These events had a profound effect on Hernández’s practice. Through experimentation and juxtaposition, he repurposed and transformed discarded, obsolescent debris into new objects and spatial installations. Since this time, found objects have formed a basis for his works, which are in turn frequently marked by the imaginary world of socialist ideology; the objects’ original purposes are lost as far as possible whilst the half-life of their ideological re-packaging remains intact.

Hernandez says: “I am permanently collecting things of all sorts—books, objects, paper—generally speaking, I collect whatever could trigger a special thought on me. The process of building hierarchies and at the end deciding what to do with all this material for a specific occasion is usually complex and kind of difficult. Over the years, I realized that artistic ideas are a very fragile thing, they appear and if you are not fully prepare they just vanish. The way that an idea becomes stronger is really beautiful, and that is usually the process that I enjoy the most.”

The exhibition at MOSTYN is curated by Alfredo Cramerotti,  Director MOSTYN, and is made possible with the support of Marlborough Contemporary, London and Federico Luger Gallery, Milan.

About MOSTYN
Situated in the North Wales coastal town of Llandudno, MOSTYN is Wales’ leading public contemporary art gallery and serves as a forum for the presentation and discussion of contemporary life through contemporary art, curatorial practice and a programme of engagement.  MOSTYN receives financial support from the Arts Council of Wales and Conwy County Borough Council Art Service  Mostyn Gallery Ltd is a registered charity trading as MOSTYN.