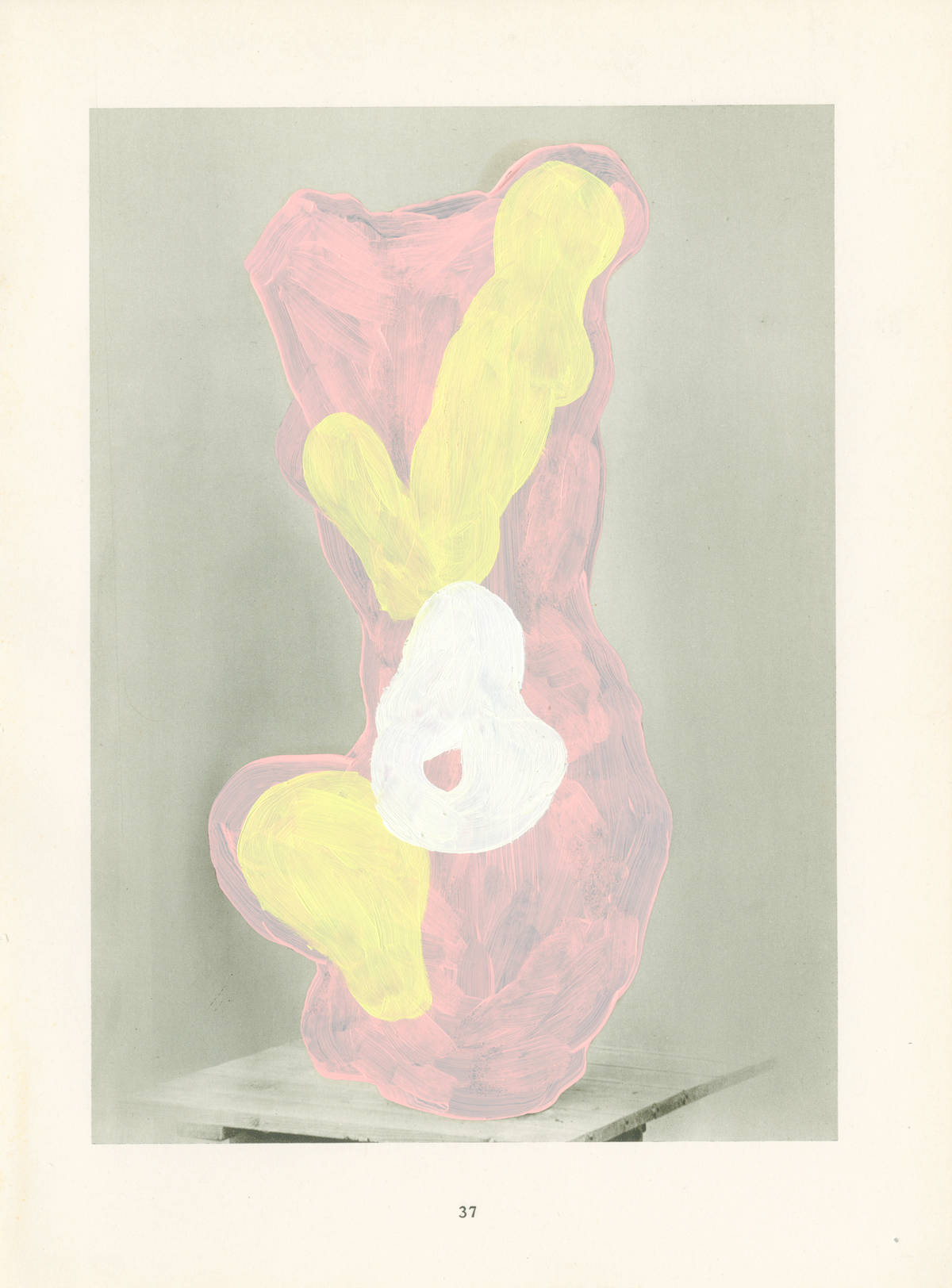 If I send you this Solo exhibition at Alexander & Bonin, NY (Press release / Installation views)

Hernández has transformed the architecture of the first floor gallery to accommodate two site specific installations which re-appropriate the geometric ‘cat eye’ shape of Gordon Matta-Clark’s 1975 “Days End.” He has re-imagined this cut to represent an escape from a space of restriction to a space of freedom, and has re-termed it an exeunt. For the artist, the exeunt represents the highest expression of the merger of geometry and ideology.

In the main gallery, narrowed by approximately three feet, one large exeunt has been sawed from a wall; adjacent to this cut, seven translucent envelopes contain parts of an incomplete image of an office in the American Embassy in Cuba – a building unused for its intended purpose since January 1961. For three neighboring exeunt sculptures Hernández has altered components of a 1940s desk. The desk top, in If a Desk, if Rose (2011), hangs vertically: dime-sized perforations in the wood hold carefully rolled Cuban stamps issued since the Bay of Pigs invasion attempt. The motifs embodied in the installations recur in collages, sculptures, letters, and paintings on view through the first and second floor of the gallery.

The exeunt appears again, perhaps most mystically, protected by a Plexiglass window in the first floor rear gallery. A floor covered in carefully looped analog tape leads you to an exeunt cut from a large roll of wallpaper and lit from above by a neon tube. The dated technology represented by the analog tape, mute without its accompanying audio device, reiterates the barrier between audience and content, past and present.

Born in Cuba in 1970, Diango Hernández began his artistic practice as a co-founder of Ordo Amoris Cabinet, a group of artists and designers who focused on invented solutions for home design objects to compensate for a permanent shortage of materials and goods. In 2006 he exhibited at the Biennale of Sydney and the São Paulo Biennial and in 2005 his work was exhibited in the Arsenale as part of the 51st Venice Biennale. His work has been the subject of several one-person museum exhibitions: Kunsthalle, Basel (2006), Neuer Aachener Kunstverein (2007) and Museum für Gegenwartskunst, Siegen (2009).

In November 2011, Hernández’ work will be the subject of a survey exhibition at Museo di arte moderna e contemporanea di Trento e Rovereto in Italy.