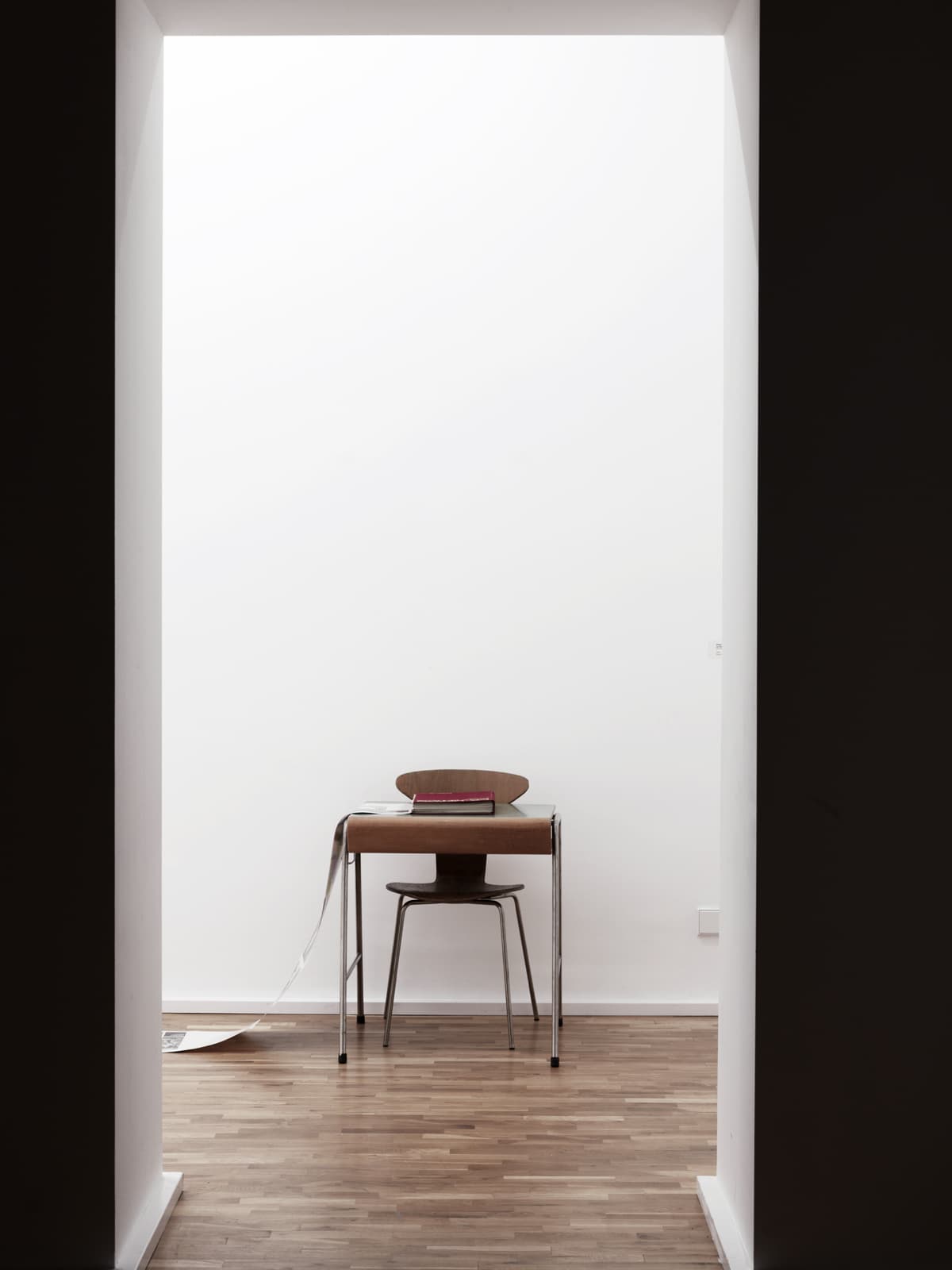 One more thing by Giovanni Iovane (published in -losing you tonight- by Sternberg Press, 2009)

And ‘Immortality’, Mildews – In the museum of the moon (Mina Loy, Lunar Baedeker, 1923)

On the Moon, in a dale between two mountains, lay all those things that men lost or forgot on Earth. It has been like this forever, or at least since the expulsion from Paradise. Along with the things, this dale keeps some particular beakers that contain the reason (the capacity to think) that abandoned the insane, both that which left by its own will or that seized by divine will.

The only person who ever found one of these beakers was, many centuries ago, the Englishman Astolpho (and he found precisely the one which contained Orlando’s reason). Nevertheless, the proof of existence of these beakers lays, by a negative deduction, in the fact that all the American astronauts who stepped on the Moon (or who saw it from close distance, between 1969 and 1972), once back in their white-collars have lost their mind, even if in different degrees.

It is obvious that if a certain region of the Moon keeps all the lost things, together with the reason of some humans, it must be a different world from that of the Earth. From this point of view, the Moon could well be a huge mirror that inversely reflects the images of the objects from our world; anyway, the Moon always has a shadowy area, a dark side.

It is also important to state further about the specificity of those things lost on the Earth and conserved on the Moon: it is very important that no one compares this place of the Moon to the Parisian Office of the Lost Objects.

All the gathered things (almost as if they were animated by a specific inner energy) on this Lunar dale correspond to those general directives promulgated, for the Christians, by Saint John Baptist or by God in person.

Things, objects or even images should belong to these figures of thought or of human physiology: vain desires, time wasted in gambling, tears and sighs of lovers, the long sloth of the ignorant ones, and all those disegni (in the Renaissance sense of the term, that means both projects and finished works, even artistic ones) that either were never done, or were erased or forgotten.

As you can see, all these things could well lead us to allude to Jacques Lacan’s figure of the Grand Autre, but this is not the correct place to do so.

During an – obviously – nocturnal flight on my hippogriff (a legendary horse is quite more agile and less post-neurotic than the Apollo 11), I collected some souvenirs of a quick expedition to the moon.

After landing in the Sea of Tranquility, a burly Saint John headed towards me and entertained me for several minutes with a childish conjuring trick with a key and a coin (and I must confess I remained open-mouthed when my nose dropped a dozen of coins). Keys and coins must have been a sort of password, as in the following scene I was in the secret dale, moreover quite malodorous and crammed with seagulls.

As to confirm my new position, I sank my hands in the gigantic heap of stinky things on the top of which I was seating; this is a brief list of what I casually extracted. The first was the original photograph, taken in 1960 by Alberto Korda, of the Che Guevara encabronado y dolente. Actually, it was not that famous manipulated photo of the Che, which depicts him as an isolated and unique Guerrillero Heroico. Instead, it included another man and some palm leafs; as we all know, heroism does not contemplate an oblique or lateral gaze.

The second relic was the “handwritten” cake of Marcel Proust’s Recherche, that in the printed edition became the nauseating and commercial Madeleine.

Going through a quick selection, I can then recall an edition of the Great Soviet Encyclopedia of 1952, whose pages of the “B” letter dedicated to L. Beria were torn up and ill-substituted by pages dedicated to the Strait of Bering (nevertheless the pages dedicated to the chief officer of the Police of Stalin were still conserved, folded in four, inside the volume, at the beginning of letter “D”). Then there were some photos, shot by David Douglas Duncan, of the dachshund Lump. The dachshund spent six intense and happy years with Picasso, from 1957 to 1963, when the painter wanted to revisit Las Meninas of Velazquez.

In the last of the six years he spent with Picasso, Lump got seriously ill and recovered in Germany (France, during those years, was inadequate to heal the specific illnesses of dachshunds). One year later Lump appeared as the model for some preparatory paintings and sketches of Picasso’s Meninas, and its active figure, bellow, right (and even annoying, as only a barking dachshund can be), contributes to render real – no longer symbolic – that tormented interplay of gazes of Velazquez’ painting.

And talking about gazes, I even grabbed René Magritte’s photomontage, Je ne vois pas la (femme) cachée dans la forèt, done in 1929, in which the image of a naked female is surrounded and framed by a group of surrealists, all with their eyes wide shut.

But the sentence that made me reopen my eyes was that which ended a novel by Raymond Carver. A sentence, as found many years after, non original but cut by his cruel and minimal editor Gordon Lish:

“He said, ‘I just want to say one more thing’. But then he could not think what it could possibly be.”

This text has been published in ‘Losing you Tonight’ catalogue. Translated from Italian by Filipa Ramos