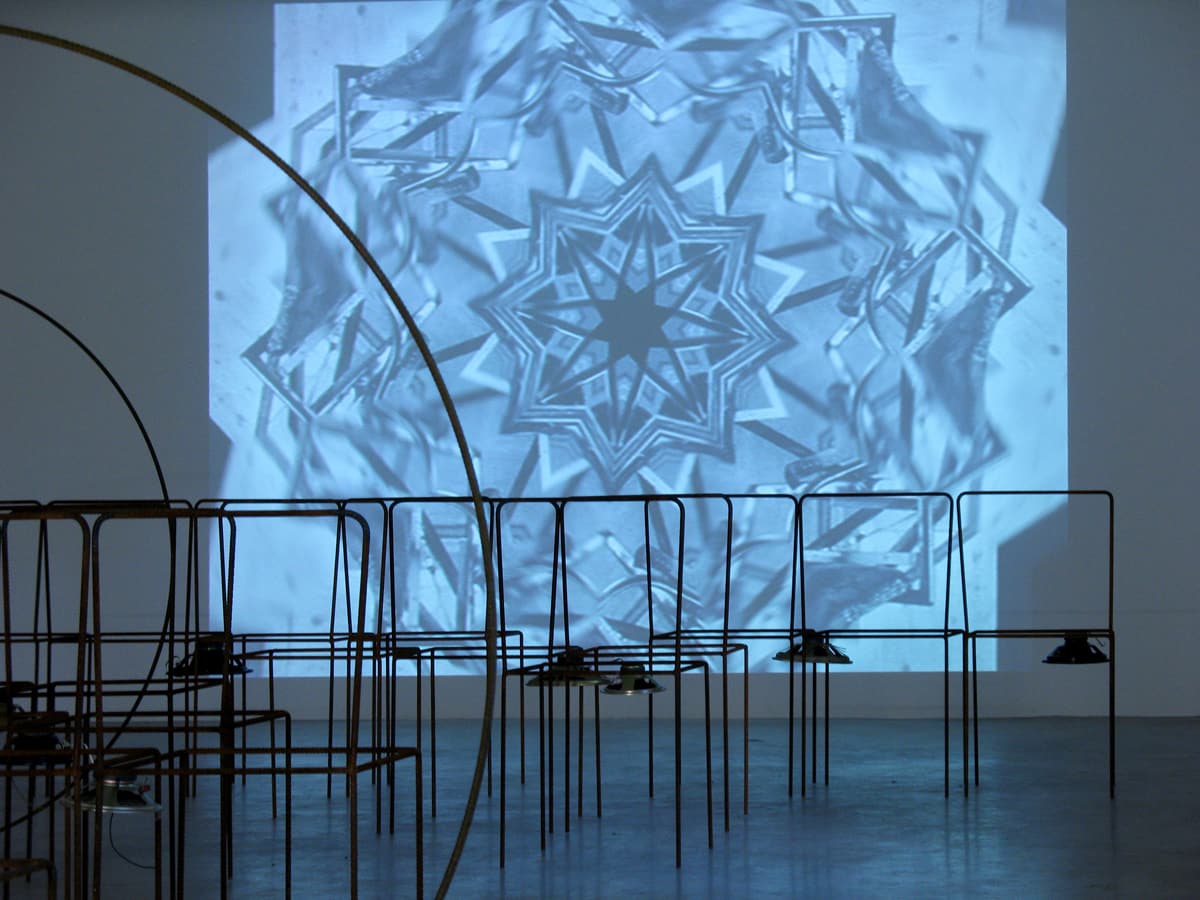 Swans without a lake Solo exhibition curated by Melanie Bono at NAK, Aachen

“Cine Yara: Stones and signatures of swans without a lake” by Diango Hernández.

Democracy can be built neither with ink nor with light. I guess there are many relations between cinemas, stones and signatures, but what follows is just one of them. In June 1991 Alicia en el pueblo de maravillas (Alicia in the country of wonders) by Daniel Diaz Torres (1990) was screened for the first and only time at the Cine Yara, Vedado, Havana. I was there, in front of the cinema, in the long line of people who were waiting for hours under the spell of the Cuban sun. We were there just to see a movie, or better, to play in a movie. While I was waiting, I wasn’t sure if I would be transformed into a stone, a signature, or if I would be brave enough after going out of the cinema to continue being myself. Only in this particular case, the cinema was a kind of a magic box that would be able to change my life in a very fundamental way. After seeing the movie, I would have had two possible destinies. I could either have gone home or to jail. Just to tell you in advance, I didn’t go to jail, but nor did I go home, I didn’t become a stone, nor a signature, but when I left the Cinema I wasn’t myself anymore either.

Alamar is an east Havana suburb that looks the same as any socialist Soviet concrete suburb, the only difference being that it has a charming view of the Caribbean Sea. As a matter of fact, the Neighbourhood was built following Soviet construction models. Indeed, there were many Soviets engineers and technicians living in Alamar during 70s and 80s, but also many Cubans. Already in the 90s there were only a few Russians left, and while it had once been a sort of Soviet colony, it now quickly became a big satellite city where the only remaining utopia was the sea.

I left Alamar really early that morning to go to the cinema, and on the way to the bus stop I almost fell over a huge pile of stones that was recently dropped on the middle of the street just around my block. The pile of shining little white “stars” was there as if someone had started to build a monument that morning. I didn’t pay so much attention to it because I was already having hallucinations about the long line of people waiting in front of the cinema.

The Cine Yara takes its name from “The Cry of Yara”. On October 10, 1868, Carlos Manuel de Céspedes made the Grito de Yara (Cry of Yara), declaring Cuban independence, which began the “Ten Years’ War”. That morning, after sounding the slave bell indicating to his slaves that it was time for work, they stood before him waiting for orders, and Céspedes announced that they were all free men. It is hard not to remember this episode every time I am inside the Yara, but I can’t hear the bell anymore.

There was no air conditioning inside the cinema, no searchlights, and I could swear for a few moments that I was the only one in the cinema, until I bumped into someone who was standing in front of me. There was such a dark silence that I refused to call it silence, because it was loud, massive, heavy and smelt like a dead and sultry giant rose. I sat down very slowly without even turning my face to see who was the silhouette seated beside me. The film had started, and if you were to ask me now what happened in it I couldn’t tell you. Because the film I was interested in wasn’t happening on the big screen, instead it was a film that was being screened onto that black silence, and it was amplified by the collective breathing of a packed cinema full of fear.

Even knowing that I was part of a spontaneous, real-time movie, I was pretty sure that my role was about to start, when something that felt like a piece of paper was placed on my lap as only a butterfly knows how to do it. It was a notebook that smelt like a bottle of fresh ink. I was freezing, as I guess actors are when they have to perform for first time in a full theatre. The light reflected from the screen got brighter and I realized what was in the notebook. Undefined signatures, but in a kind of martial order; some of them were still wet. Attached by a thread to the notebook was a black pen that I wasn’t able to touch because I was scared to death, in a delirium, and the pen seemed to me to be full of contagious diseases. It was a shining snake ready to bite. I don’t really know for how long the notebook stayed on my knees, until all of the sudden I passed it on.

The two films were over at the same time. Just when the cinema lights were about to be switched on, a group of people in the back of the cinema screamed as only a very trained church choir could have:

“VIVA LA REVOLUCIÓN”, “VIVA FIDEL”, “PATRIA O MUERTE, VENCEREMOS!!!” (Long live the revolution; Long live Fidel, Homeland or Death, We Will Win!!!). These same slogans can also be found (made out of single white stones) at the entrance to towns all over the country.

The pile of stones that was arranged this morning in the middle of the street around my corner wasn’t there anymore. Now! Now! Now! The stones were overwhelming the apartment next to them. The stones (thousands of them, all white and ready to build something) had been thrown from the street into that apartment with hate and without compassion, and all of its windows and its front door were broken, and a couple of wooden rocking chairs standing at its entrance were almost covered by the stones. The flat inside looked like a construction site after the passing of a wild tropical hurricane. The unfinished and provisional monument was created by a group of no more than 20 people “to honour”- which in this case means to destroy the life of – a woman who came up with the idea of making a notebook filled with dissatisfied signatures to fight for democracy and freedom.

Why were those stones dropped in the early morning in front of that flat? Who had thrown the first stone? And why? I guess all these question have a very obvious answer: We all did it, including the ones who had signed the notebook, including the ones who were at home that day and all these days in the last 40 years, and including myself and of course the owner of the signed notebook, and we all did it because after living a “Stationary Revolution” for many years nobody here knows anymore what is the meaning of freedom, and because none of us has been able to see how a beautiful dream has mutated into a tropical nightmare to convert us into forgotten wet pages that have been inundated by thousand of stones plus thousands of tonnes of blue and salty water. Blue and deep are our golden years, and they join generations of fantasies that are now sharing the same sea which unknown pirates’ treasures and mercenaries’ secret weapons have occupied for centuries.