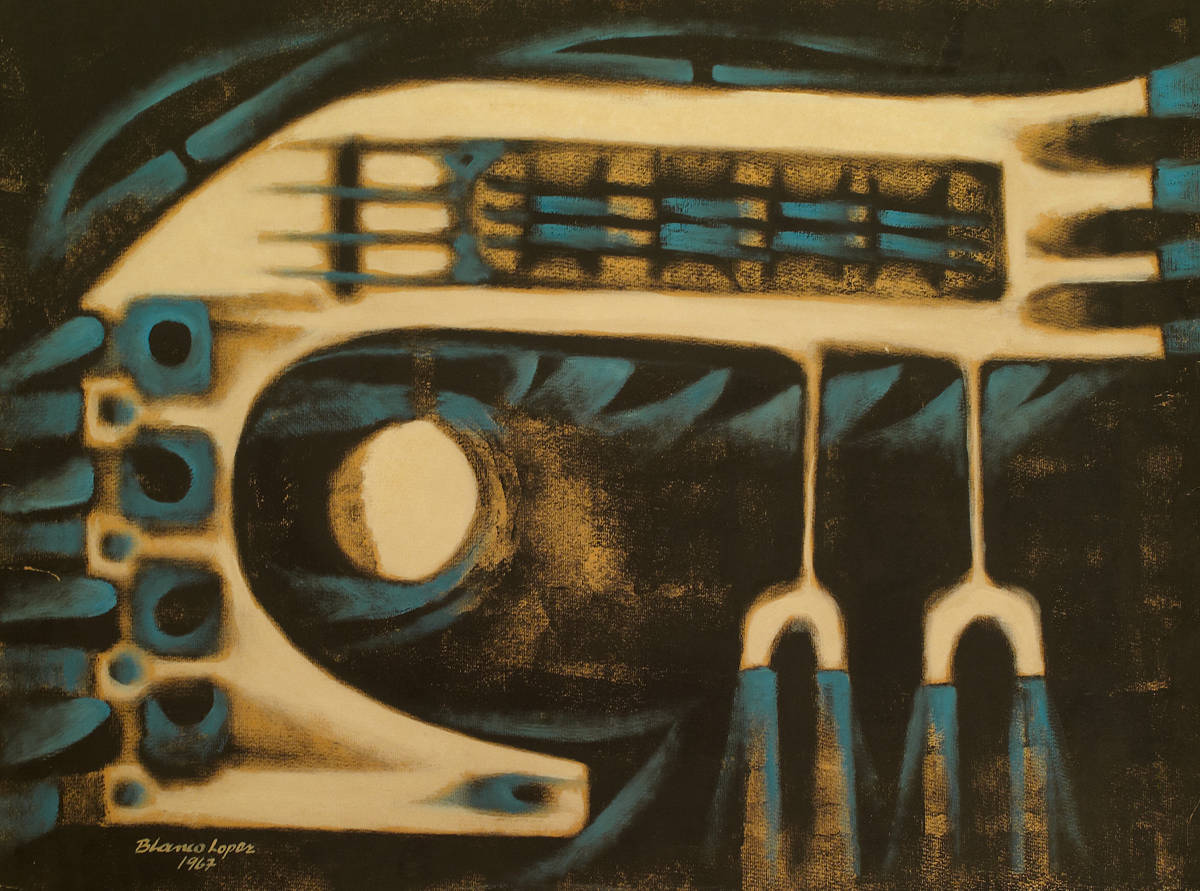 Blanco Lopez was one of those Cuban artist that back in the early 60′s embraced the Socialist Realism but already in the late 60′s Blanco L. started painting spaceships and ‘aparatos’ a sort of objects that potentially could fly. His early works with a very defined and harsh line represented the life of idyllic young socialist couples playing and relaxing on green grass fields. With ‘Aparatos’ Blanco L. changed everything he could, he made his own revolution. The hard ‘proletarian’ lines of his early graphic works disappeared in these new works, the shapes of his spaceships and weird scenarios were genteelly defined by fields of colors without visible borders. The theme he started working with already in 1965 couldn’t be more strange and ‘inappropriate’ on the eyes of a society that was very busy trying to build a ‘new society’ based on the power of the proletarian and also the power of an uprising bureaucrats’ class. It is because his shift in style and narrative that I consider Blanco Lopez an extremely important figure that keeps inspiring me every time. From a proletarian Blanco Lopez became an artist, his ‘Aparatos’ took me away more than once from a reality that most of the times was too real and also too much surrounded by people that didn’t believe that beyond our sunny tropical sky there was another type of life.

In the moment I am working with five of his works on paper from the ‘Aparatos’ series. I feel so lucky I got these series of original works, maybe they are the best gift I have ever received. I would like to include them inside a constellation of fragments and elements that mirror them and project them as invisible walls.