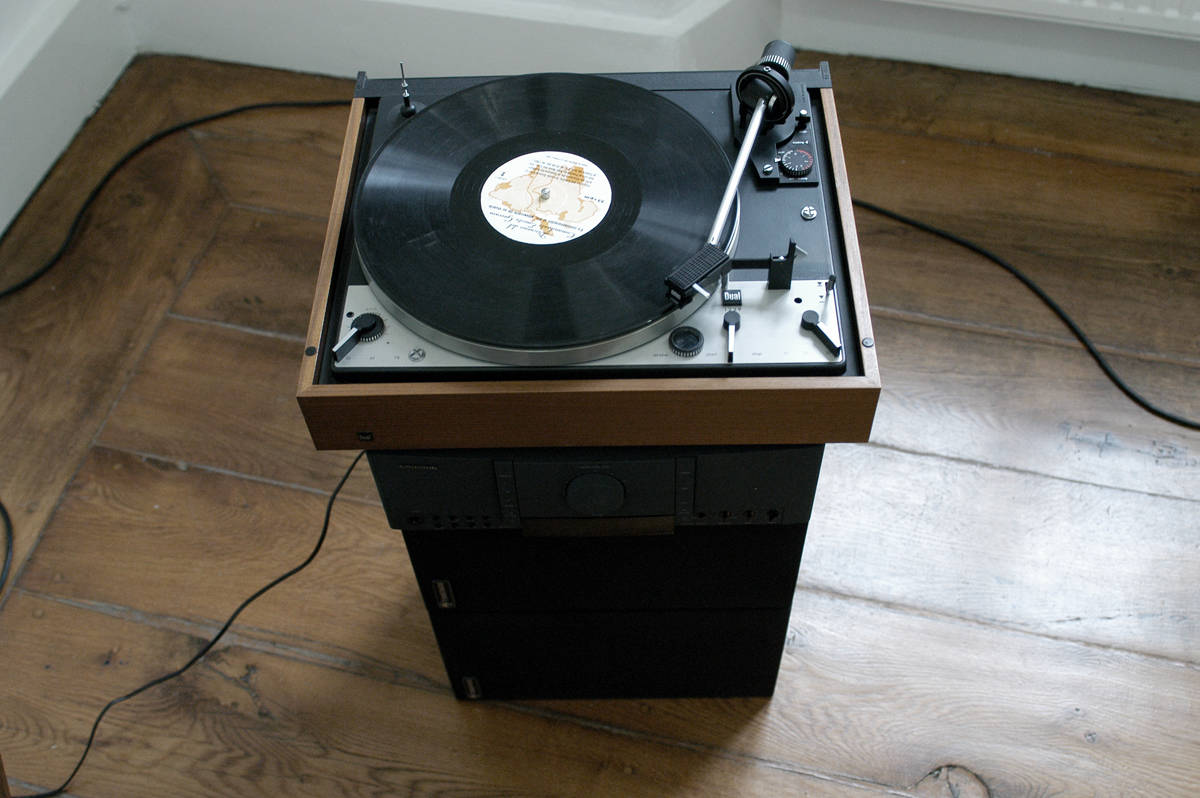 The speeches’ room by Diango Hernández. The concept of democracy is used to legitimize governance; calling a government undemocratic implies it shouldn’t exist. The ideas of freedom, independence and liberation have been used in the post-revolutionary Cuba as fundamental political tools when Democracy has been a very sensitive topic, a concept that Cuban government had refused even to discuss. To start a reflection about “Democracy” it is for me a mandatory task, I wonder if through an art research I could get some answers about what Democracy is. With this series of works I am exploring the concept of democracy as a cacophony (Discordant sounds in the jarring juxtaposition of harsh letters or syllables, sometimes inadvertent, but often deliberately used in poetry for effect). The show presents a multilayer group of confusing and historically suspicious objects.

“Speeches” the central piece of the exhibition is an arrangement of six record players playing simultaneously different speeches from world leaders. Their sound level of every record player has been set with equal intensity. As a result we hear an irritating noise; the visitor is confused by multiple ovations and political hysteria, the small room that contains “Speeches” contaminate the whole exhibition, the sound travels through multiple rooms loading each of the other pieces with certain dirtiness.

The eternal object: Notes on a film (about Ordo Amoris Cabinet)
Manage Cookie Consent
We use cookies to optimize our website and our service.
Manage options Manage services Manage vendors Read more about these purposes
View preferences
{title} {title} {title}