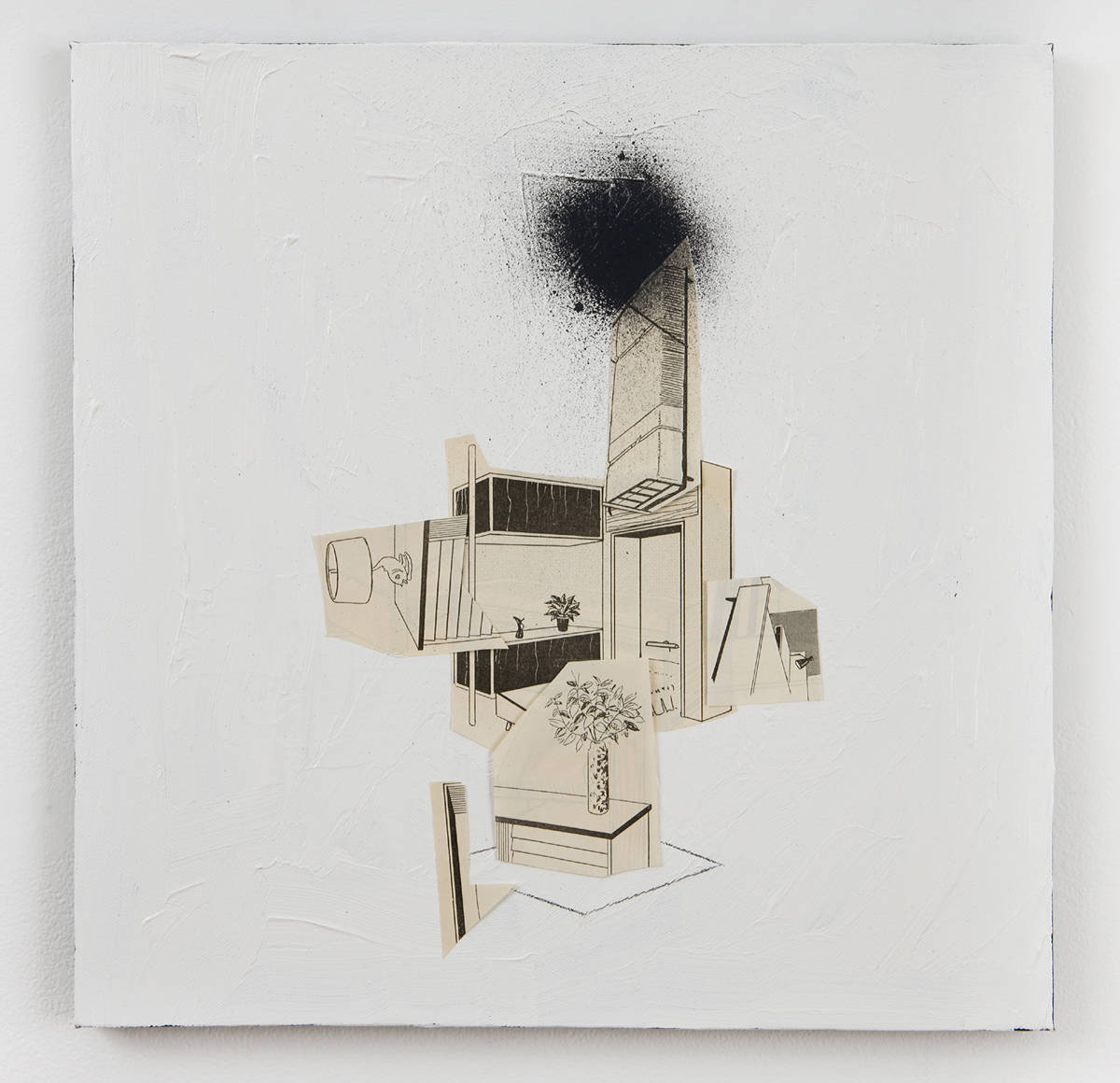 Diango Hernández is the inheritor of political ambiguity: the Cuban revolution, one of the only remaining dictatorships. Over the course of half a century, Fidel Castro has come to occupy a role both of liberator (from the Batista regime) and tyrant (against the freedom of expression of his people). Hernández was born in Cuba, and has returned there regularly since 2003, when he moved to Europe. His aesthetic vocabulary betrays a typically youthful enthusiasm that believes in political change through slogans, and his drawings and installation function as a diary of not so recent history.

Hernández is able to transmit his message with great clarity, a gestural simplicity and easy with paint and paper. His range of colours is limited (greasy and red are predominant, sometimes resulting is almost Expressionist character), while the forms refer to children’s construction games. Often they are inscribed with blunt phrases such as ‘REVOLUTION’; ‘MY RACES IS SICK, IS LONGING HOPE’; ‘STOP MOTHERFUCKERS’. He also makes drawings that question art itself and the system that surrounds it (‘ART HAS TO WAIT’; ART DISAPPOINTS US’; ART BETRAY US’), yet these need not be taken too seriously as ‘institutional critique’. Hernández criticizes by mocking or mocks by criticizing. This is one of the reasons for fascination he exerts.

Castro’s odyssey is not directly cited in Hernández work, yet without its influence Hernández would be a different artist. Strangely, JF Kennedy is one of the figures who features in his oeuvre. Unexpectedly so does Richard Nixon, the true father of the invasion plan. Context is essential to the work and the artist has stated: ‘Cuba belongs to me’. These ingredients would be associated with a historical project destined for bankruptcy if not for the humor found in Hernández’s work, and the re-emergence of and anti-imperialist discourse following the invasion of Iraq.

There is something deliberately démodé about Hernández’s work. He often uses a radio in his installation – an anachronistic object to characterize a period prior to our own. Radio transmissions have an ideological ambivalent connotation, being both a means of resistance and of mass communication. Tables and chair can also be used incongruously by Hernández in his work, where they are placed haphazardly or in a manner that point towards a chaotic situation. What happened before our arrival is often a question we ask ourselves when surveying his installation a pertinent concern in light of contemporary cultural contradictions in Cuba, decades after the revolution that rejected gangsters from Las Vegas and with Guantanamo continuing to haunt us.

Following its earlier collections Phaidon released:  Cream (1998), Fresh Cream (2000), and Cream 3 (2003), showcases a selection of works from 100 of the most significant up-and-coming artists working today. Ten famed curators selected the works to go into Ice Cream, which calls itself “an exhibition-in-a-book” that will serve as “an expert guide to the trends of tomorrow”. Hard-cover and a hefty 448 pages thick, with 700-plus color images.