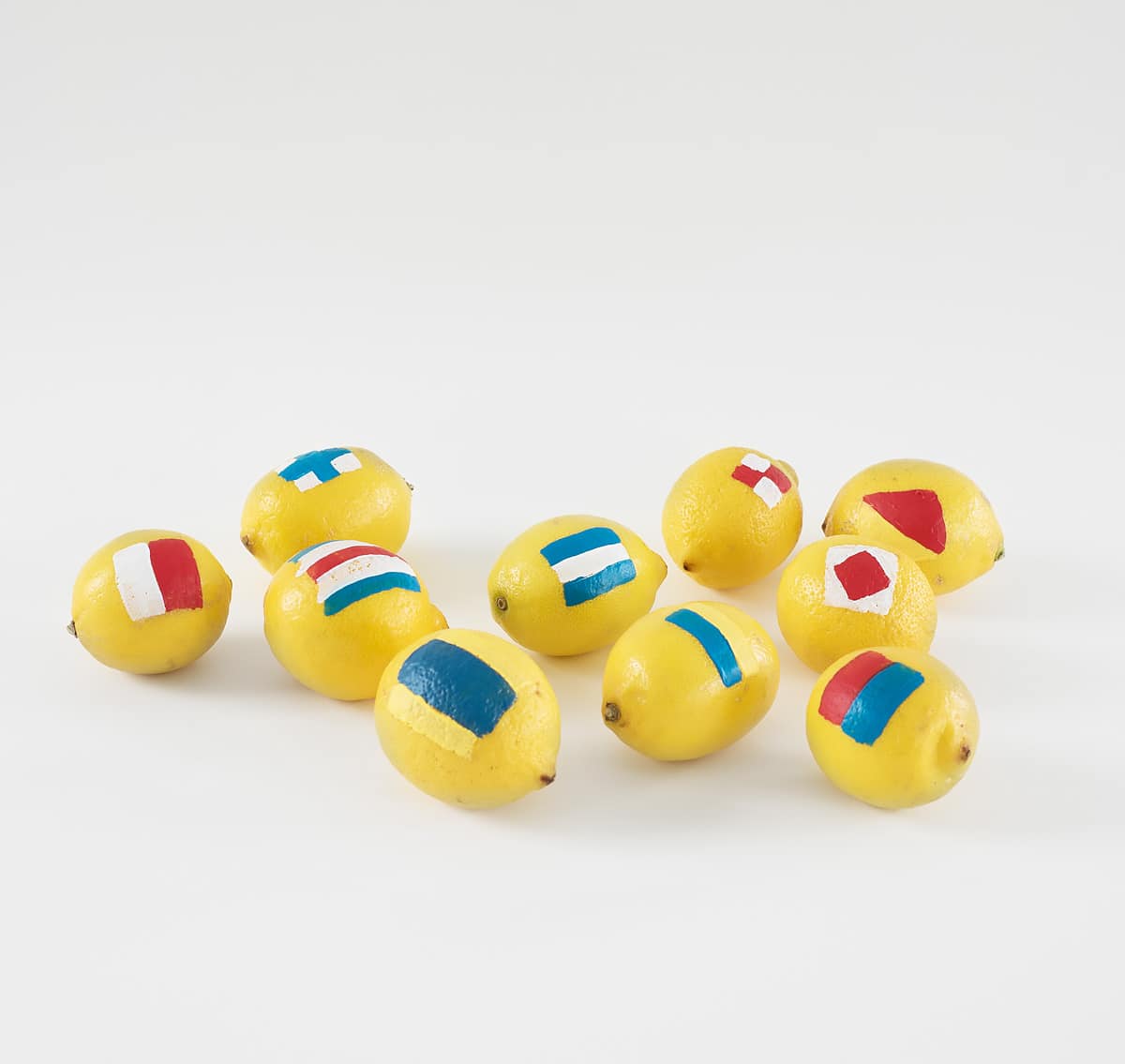 London’s Marlborough Contemporary is currently hosting an exhibition featuring original works by Cuban artist Diango Hernández, in which he explores his national identity through painting and sculpture. The three-part exhibition titled “The Book of Waves” consists of new artworks that examine the challenging external perceptions of Cuba along with internal perceptions.

The first part of the exhibition, from which the show is named, consists of multicolored waves that are actually an alphabetic font corresponding to Fidel Castro’s revolutionary 1961 speech “Words to Intellectuals.” Notably, Hernández’s font characters look the same, meaning that the figurative text and the artwork translate into repetitive waves that can only be interpreted in painterly terms.

The second portion contains fruit sculptures with lemons painted with abstract international maritime signal flags. The use of fruit is symbolic of American imperialism enacted through the United Fruit Company’s long-lasting impact on the Cuban economy.

The final work called “Sunsets” comprises a sequence of watercolors on the pages of a first edition Guerilla Warfare handbook by Ernesto “Che” Guevara. On display will be a landscape drawing on tracing paper affixed directly to the gallery wall based on an illustration from the same manuscript.

Hernández argues that the theme of national identity unifies all Cuban artists, even those in who have left. And, since leaving the island nation, the Düsseldorf-based artist has been actively absorbed with Cuba by exploring means that socialist philosophy denies or promotes an aesthetic or spiritual experience.

The Book of Waves