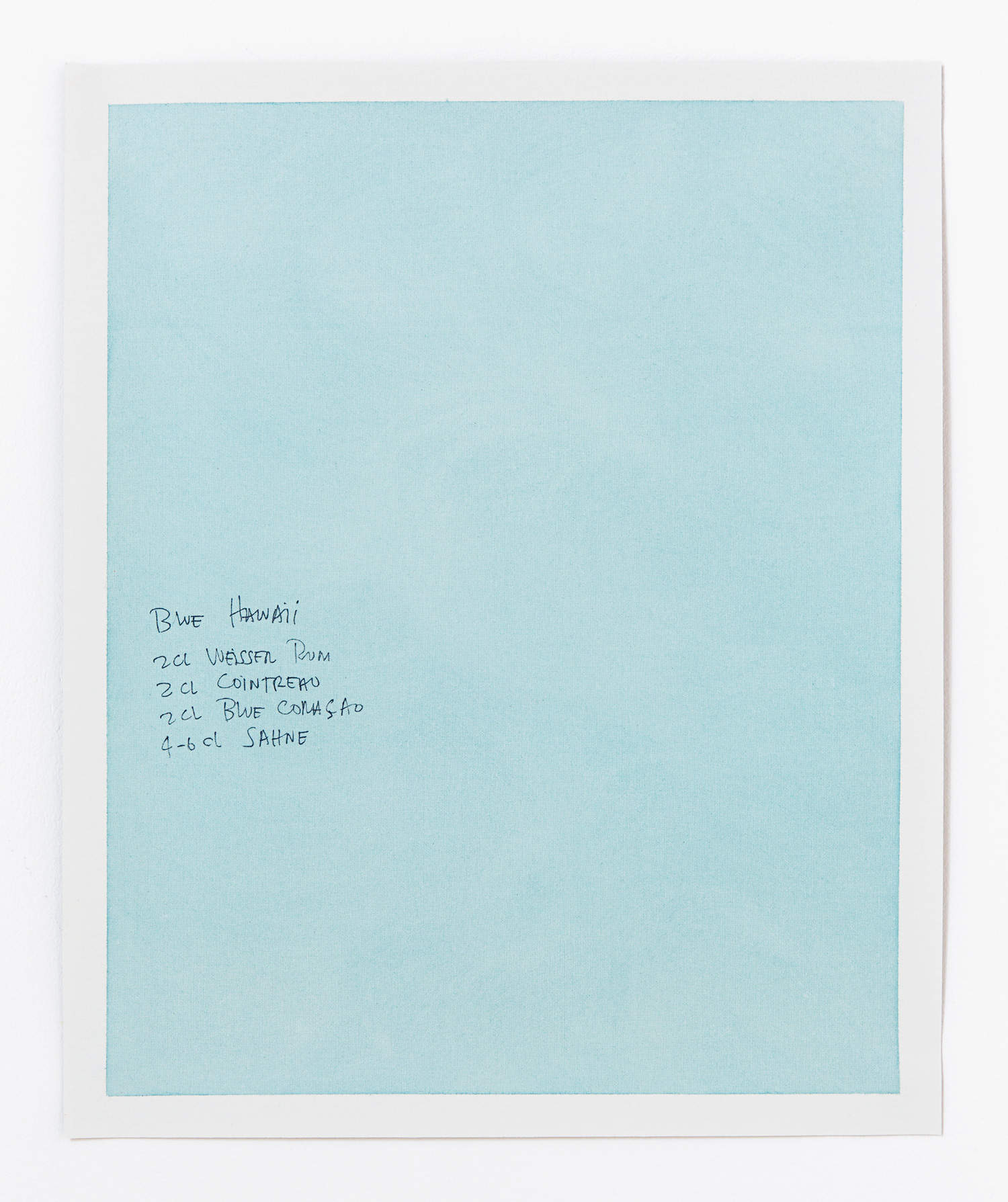 What did it mean? Was it a quaint device opening a page of some medieval book of prophecies and symbols, a hawklike man flying sunward above the sea, a prophecy of the end he had been born to serve and had been following through the mists of childhood and boyhood, a symbol of the artist forging anew in his workshop out of the sluggish matter of the earth a new soaring impalpable imperishable being? A Portrait of the Artist as a Young Man (1916). James Joyce

On Monday morning, May the 19th I was desperately running through the São Paulo airport -anyway didn’t matter how fast I ran because I already knew my next flight was gone. After that long trip from Linz, Austria to São Paulo, Brazil, I felt so tired that I seated for a moment in one of those mostly useless -in the middle of nowhere- airport benches. I saw hundreds of people running, sweating, passing through and for sure none of these strangers could have ever guessed what I was bringing with me. Mostly I was carrying blank canvases, brushes, oil colours and a book with tropical cocktails recipes. While seating in that bench I kept wondering what am I doing here? I knew I had to be instead in Linz, preparing an exhibition that was planed to open within the next two weeks. I almost fell asleep when the smell of a burning cigarette woke me up.

My final destination was Santo André, a little fisherman’s village that belongs to the state of Bahía. I arrived to Santo André with the help of at least 10 transportation means; after 22 hours of continuously missing my connections, I touched land. Only few seconds after arriving in Santo André I saw the first rewarding image: the sea wearing its best blue and the sun playing with it -all glitters here, I said to myself on the way to visit Claus Föttinger who kindly offered me coffee and a little conversation that days later escalated to a friendship, surrounded indeed by all sorts of glitters. After a long nap and refreshment I was feeling fit and ready to perform what I know best -to be relax.

I was in Santo André taking part in a very particular project, a one-of-a-kind project. Together with 6 German artists I was invited by Achenbach Art Consulting to make artworks (in situ) for a newly built resort called Campo Bahía[1] the same place that weeks later hosted the German Soccer National team. What an overwhelming energy surrounded those days, everybody was working non-stop and the wonderful thing was that didn’t look like it. There was an exhilarating energy all over, the same kind of energy that we can sense when it rains and at the same time the sun shines, a sort of electricity.

As an artist I’ve never been invited to a place (institution/biennial/whatever you would like to think of) in which I had better working conditions; In Santo André I had nothing and everything at once. Striking to see that under such circumstances friendship matters, all the artists that stayed and worked in Santo André unfolded a tremendous sense of awareness and camaraderie.

The “watchmaker” that with joyful precision engineered this project was Helge Achenbach, the only “art advisor” I know that with a smile makes you believe that at the end art is not that serious. A month before travelling to Brazil I received a phone call from Helge –Diango… are you in or out? When someone calls me and asks me such things I have to answer wearing my Tony Montana voice, so I replied –Helge… I am always in, and then he said –Well it is very simple, you’ve got the trainers’ house at Campo Bahía, you can do whatever you like inside. Just the idea of doing something for the house where Jogi (Joachim Löw) will be staying at during the World Cup triggered on me all sort of fantasies. For the first time I felt that something made by me could have a real practical use, I suppose I was like Jogi’s personal image therapist; knowing that whatever I would put inside of that house could influence in some way his World Cup’s days genuinely thrilled me.

The project that I was finally resolved to do for the trainers’ house Casa Maloca was called “Some drinks, some hurricanes”. A series of tropical cocktails recipes painted on canvas and two “retired” hurricanes tracks made out of round iron bars. In both series of works there was something visibly abstract and at the same time both contained a hidden narration. A story that everyone easily could have accessed by just getting closer to the paintings and realizing that they were in fact recipes for cocktails. After all if one of these days you find yourself drinking a tropical cocktail is because whether you are in holidays -and you have already left behind your boring and daily reality- or; wake up! it was only a dream. I installed a cocktail painting in every sleeping room of Casa Maloca, they were hung in the same spot where time ago people used to hang religious icons, right there on top and in the middle of the bed’s headboard. The hurricanes got installed in two of the staircase’s walls, maybe in the most communal and impersonal area inside the entire house. After 8 tropical exultant days I was ready to go back home, hoping that the German trainers would “drink” my cocktails and could stand with joy in the middle of the upcoming “hurricanes”.

I didn’t miss any of my connecting flights on my way back to Europe, all worked out well and after a rather pleasant flight I arrived to my final destination. Took me a few days of recovery when I finally woke up from my “Brazilian coma” first thing I did, I checked my bank account just to know if I’ve received the payment for the work done at Campo Bahía… for my surprise I didn’t! Ummm… something is not quite right. A terrible feeling suddenly took over all my mental capacities and froze me. You probably know that kind of mood we get into when somebody make us feel like idiots. Someone fooled me, again! I thought. Before getting angry / disappointed / hysteric I contacted Helge Achenbach, his prompt reply certainly calmed me down. –Don’t worry Diango… I’ll call my people tomorrow and I assure you that by the beginning of next week you’ll receive your payment. What really happened was that by the beginning of the next week Helge Achenbach was in prison and I was left behind in the middle of no where empty-handed. Until that very day everything was painted with happy “cocktails” colours, from then on the furry of “hurricane’s” howling winds took over, carrying off all the fun.

What a surprise! one more time the artist didn’t get pay or more suitable to say, especially in these cases -the artist GOT FUCKED. At Campo Bahía every body else -except the artists- got remunerated: the German soccer players, the trainers, the Brazilian workers, the press, the cleaning staff, the service staff, and so forth. The “art world”, the wildest world of all, with its savagely fierce and cruel species proves again that is totally out of control. If there will be a door to the “art world” it is probably the same one of  Dante’s Divine Comedy on which he engraved: 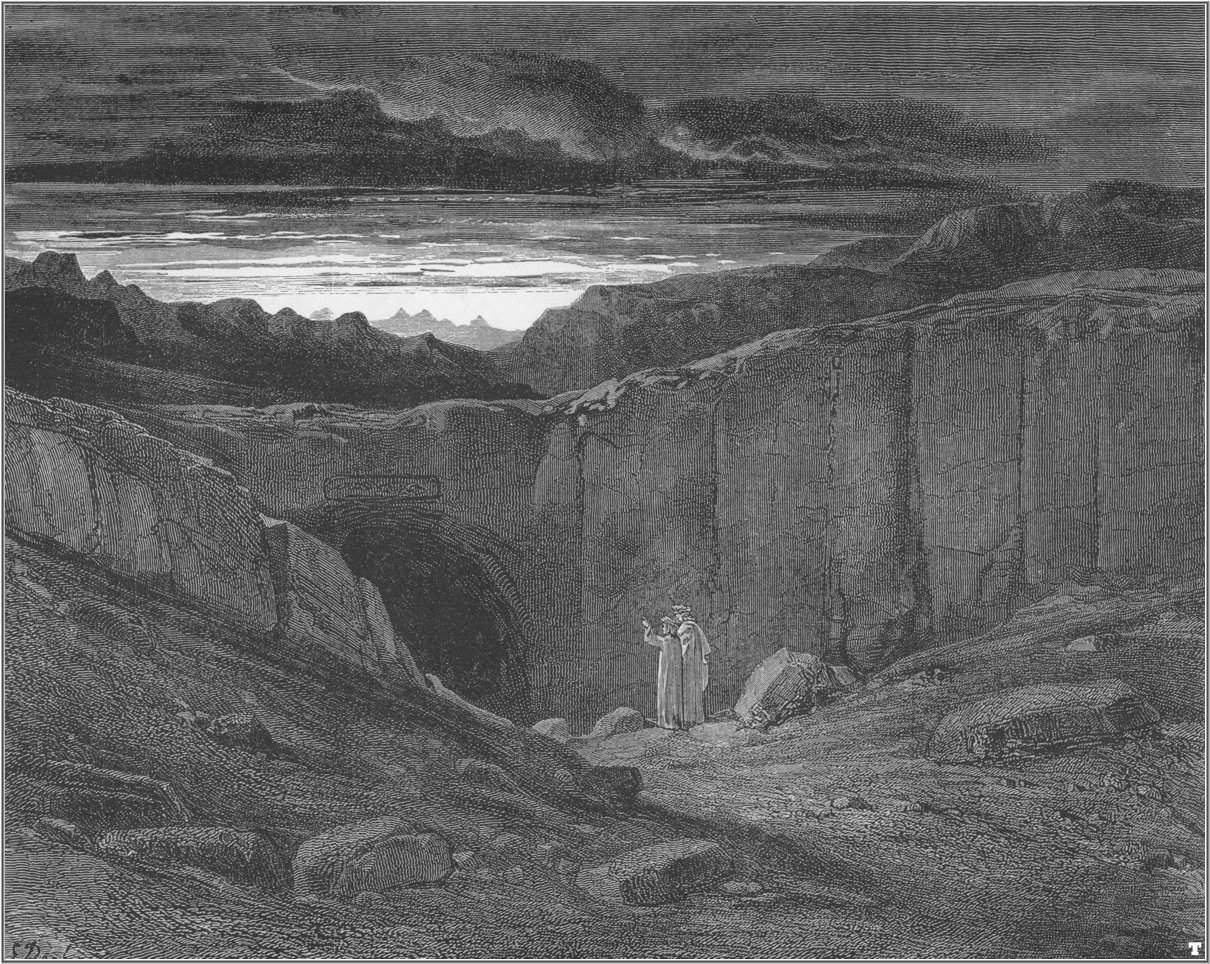 Dante and Virgil approaching the entrance to Hell. Doré, Gustave 1890

[1] Campo Bahía reportedly cost around £25 million, and was build by a German real estate developer. Whilst many sources incorrectly state that the German Football Federation built the facility themselves, the DFB themselves have repeatedly pointed that this is not the case: “Campo Bahia was not built by us, for us or in accordance with our requirements”.
Completion was originally scheduled for March 2014, and there were worries it would not be fully complete for the start of the World Cup. According to media reports, the resort was completed just days before the arrival of the national team. The Germany team was the first occupant of the facilities. After the World Cup the resort was opened to the public.
The resort covers 15,000 square meters, and includes 14 two-storey houses, 65 residential units, a fitness centre, training pitch, a restaurant, a pool area and easy access to the beach. A football youth academy and an orphanage will be built on the site as well.
Source: http://en.wikipedia.org/wiki/Campo_Bahia