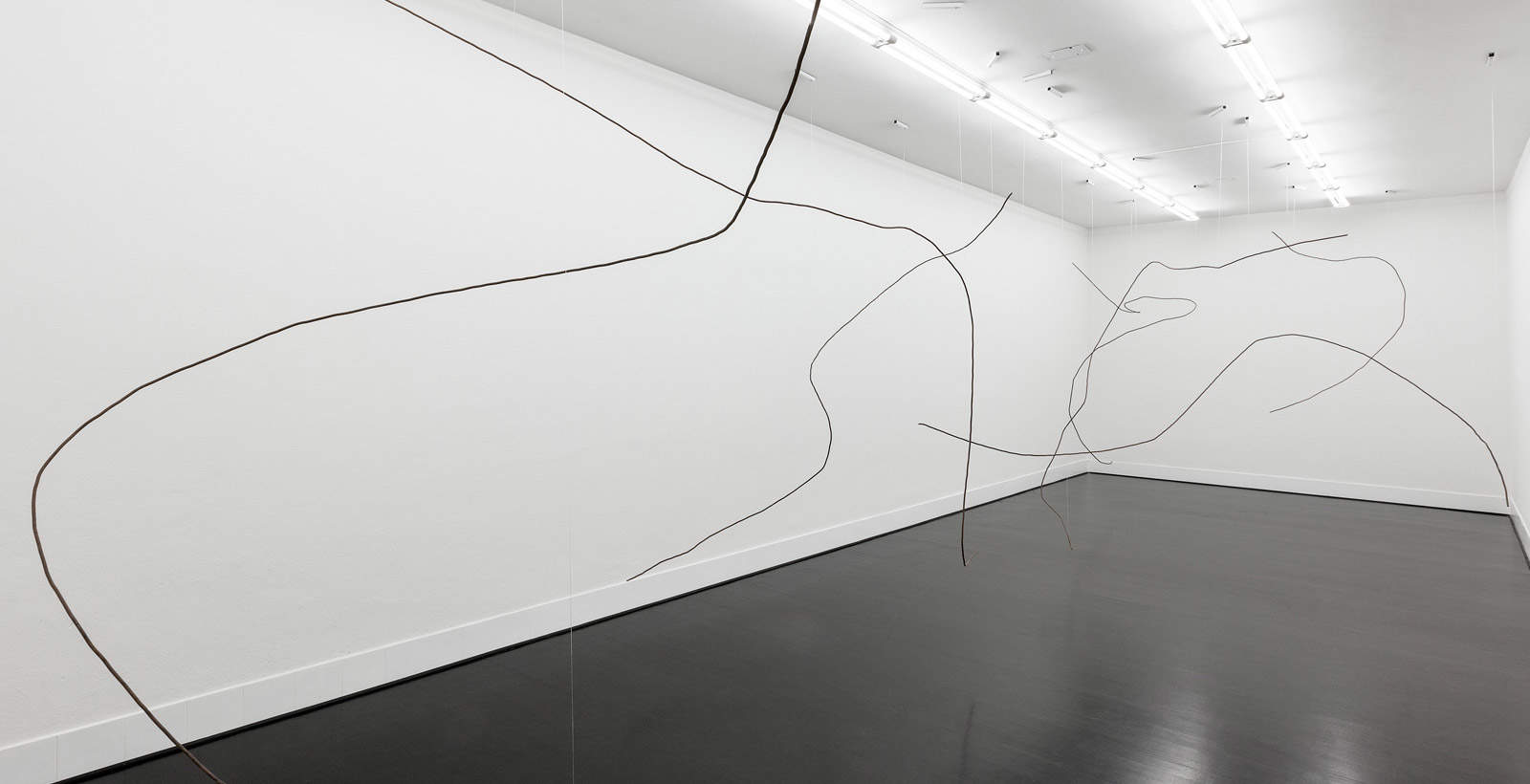 Hurricanes,” Diango Hernández’s second solo show at Federico Luger’s new gallery in Milan, takes as its starting point the specific site of intervention: The space is a former strong room in which the artist has metaphorically enclosed seven of the most disastrous hurricanes of the twentieth century, all of which passed through Cuba: Diane and Ione in 1955, Flora in ’63, Hilda in ’64, Camille in ’69, Agnes in ’72, and Marilyn in ’95. The artist thus transforms an area of refuge into a theater of disclosure. Like that of Castro’s revolution, the history of each of these violent natural disasters becomes part of Hernández’s memory and, in carrying out his research, he translates his findings into a sign-like alphabet of his own invention.

The artist utilizes thin, fragile iron rods to faithfully delineate the tornadoes’ trajectories. The work looks like seven distinct characters, cryptic and irregular, suspended in the purity of a perfect white cube; for the first time, his artwork—Hurricanes, 2016—abandons the two-dimensional canvas or photographic support in favor of open space. Hernández thus coins a new language, one whispered but charged with echoes of the past. The viewer moves through a symbolic wind chamber, now devoid of violence; these signs chronicle the energy and impetus of a natural phenomenon, while also conjuring them, as if they are surviving skeletons, to the present.

Translated from Italian by Marguerite Shore. 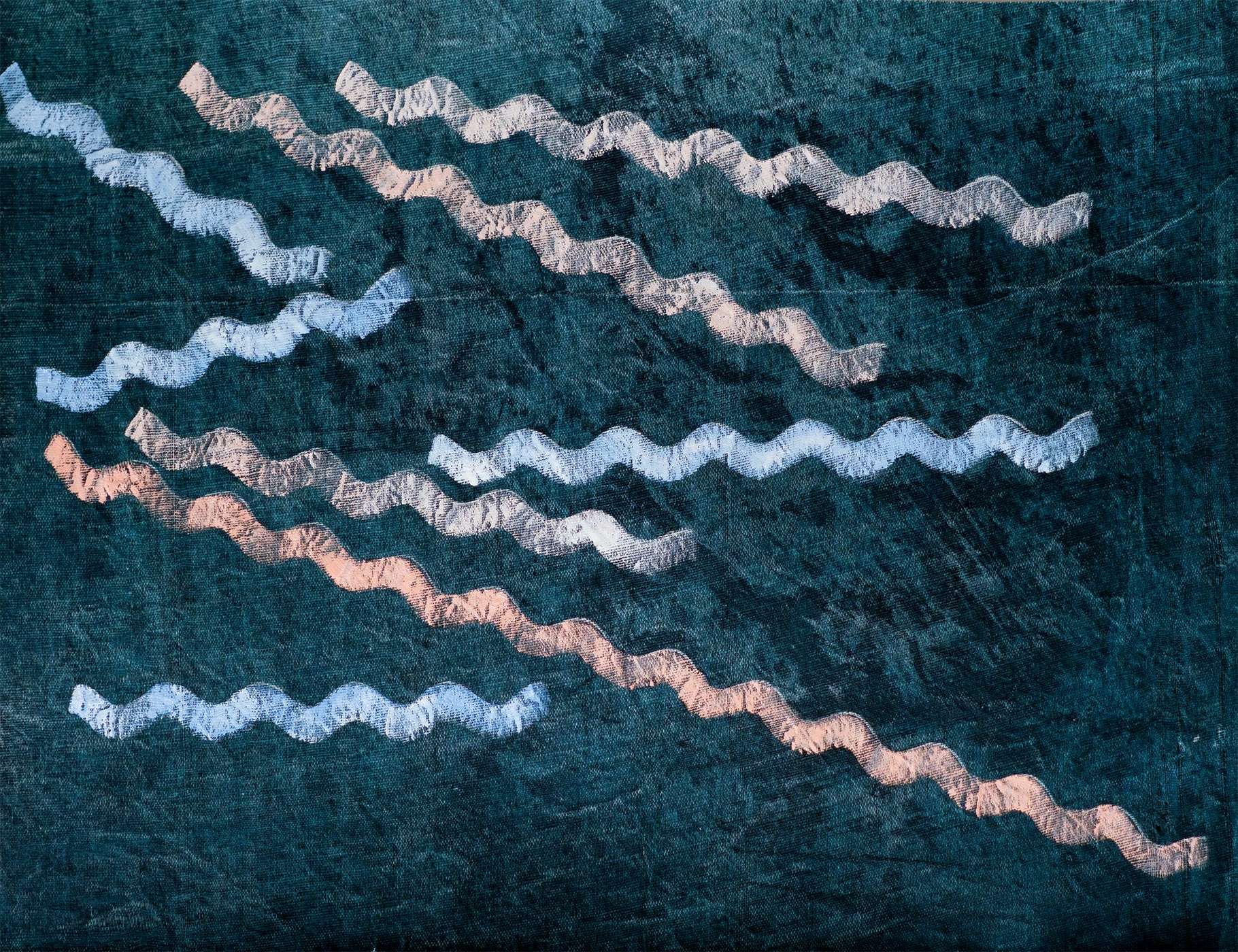 This Is Your Replacement curated by Adam Carr
Manage Cookie Consent
We use cookies to optimize our website and our service.
Manage options Manage services Manage vendors Read more about these purposes
View preferences
{title} {title} {title}