Diango Hernández’s -If I send you this- by Alan Gilbert for art agenda September 23, 2011 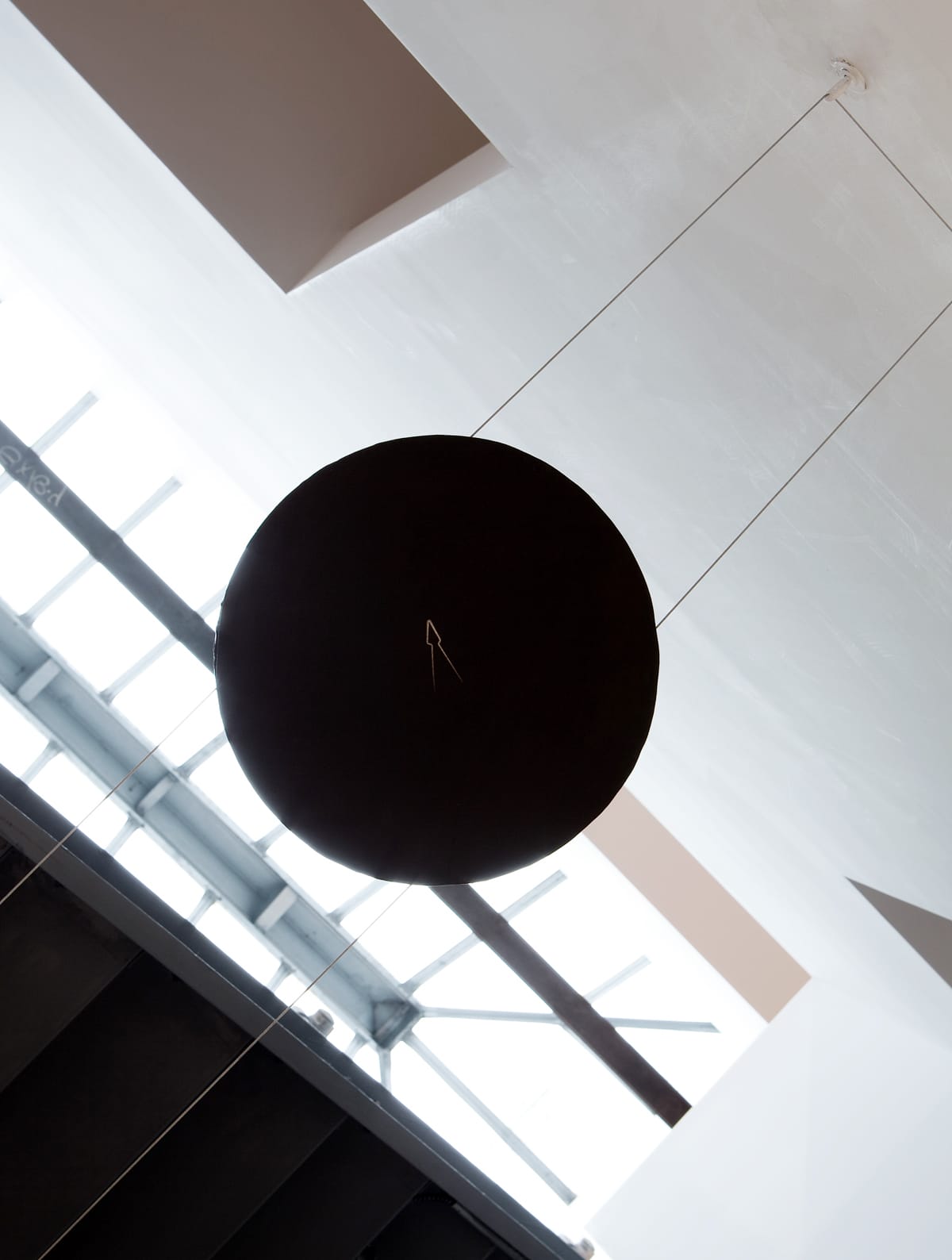 Globalization tends to be portrayed as a mode of abundance (more goods, more communications, more transit, more transactions), and yet its economic underpinnings create conditions of deprivation and want. Diango Hernández’s work navigates between poles of efficiency and scarcity, beginning with his earliest public artistic forays as a member of Ordos Amoris Cabinet, a Cuban collective featuring artists and designers who creatively repurposed everyday objects for pragmatic and ideological uses. This work and his subsequent solo endeavors inevitably return to his experience of living in Cuba, and in particular to the historical hiccup that country has endured both in terms of its own utopian aspirations and the unforgiving economic embargo that the United States and its allies imposed in turn.

As a result, Hernández’s work is riddled with thwarted messages. “If I send you this” is his fourth show at Alexander and Bonin; previous exhibitions have included silenced record players, wooden radio backs installed as a dropped ceiling, and mismatched text on louver windows. His current outing presents a long strand of analog recording tape that snakes along the floor beneath a covered skylight and single fluorescent tube. The small oil-on-paper male figure affixed nearby is trapped with these mute transmissions behind a wall-to-wall piece of Plexiglas (If a Tape with a Light, if Silence [2011]). Elsewhere in the same gallery, a typewriter ribbon is vertically unspooled while attached to three pieces of polished wood with slits that resemble audio speakers or air vents (If a Desk with Words, if a House [2011]). In both installations, the devices that would enable the tape and ribbon to fulfill their respective communicative functions have gone missing.

Repeated throughout the exhibition is an incised cat-eye shape: it can be found cut into a piece of white wallpaper strung at the back of If a Tape with a Light, if Silence; sawed directly through the drywall in If a Letter in a Wall, if a Cut (2011); sliced from the second of a set of four large tabletops upended and resting on their sides (part of the installation If a Room, if a Wall, if a Face [2011]); and collaged into four works on paper (each 2010) that reproduce pages from German books on interior design. Signaling a doubled space of yearning and absence (. . . all those “if’s” in his titles), the intrusion derives from an elliptical incision Gordon Matta-Clark made in the metal side of a lower Manhattan warehouse pier as part of Day’s End (1975), a delightfully quixotic attempt to create a ramshackle cathedral of shifting natural light.

Matta-Clark’s work wasn’t necessarily about going deeper, and this isn’t Hernández’s approach either; instead, both artists examine the complexities contained within façades—whether architectural or discursive. While Hernández may appear infatuated with late modernist architecture, design, and materials, this attraction is less the product of nostalgia than historical arrest. After all, Cuba under the embargo is renowned for efficiently reusing and recycling parts and products in response to a scarcity of new goods coming into the country (the upkeep of cars first brought to Cuba decades ago is among the most famous examples). The overall aesthetic of “If I send you this” exudes a sense of time recaptured while simultaneously being less explicitly about U.S.-Cuban relations than Hernández’s previous work.

In his artist statement for the exhibition, Hernández has renamed Matta-Clark’s cat-eye shape “exeunt” in reference to his own exit from Cuba (he currently lives and works in Düsseldorf), and there’s no doubt that the political messages being shut off here are more explicit than the subtler ones accompanying global capitalism. Yet among the most pleasing aspects of the show is the way in which the repurposed tabletops and desk parts evoke both bureaucracies and corporations. Pinched between those two domains, it’s not difficult to understand why Hernández has fabricated exit holes throughout the work on display.

Hernández pays careful and precise attention to the apparatus of communication even as the message has increasingly disappeared from his work. This applies to a conception of art itself, which—in this show at least—at best offers a muffled escape. If an Arrow is Reflected, if the Dark (2011) features an older-model flashlight on a heavy wooden pedestal pointing up at a darkened mirror. The flashlight is clearly not meant to be turned on; and in any case, what would it illuminate? Similarly, nearly every piece in the show has been subject to a process of disassembly, despite the late modernist smooth veneer. The postage stamps in the painting If Yesterday (2011) are whited out as if everything is in motion while simultaneously going nowhere. There may be a valuable feeling of freedom in this, but it’s shadowed by the historical and political forces Hernández would seek to elude.

Alan Gilbert is the author of the book of poems, Late in the Antenna Fields (Futurepoem), and a collection of essays, articles, and reviews entitled Another Future: Poetry and Art in a Postmodern Twilight (Wesleyan University Press).

If I send you this