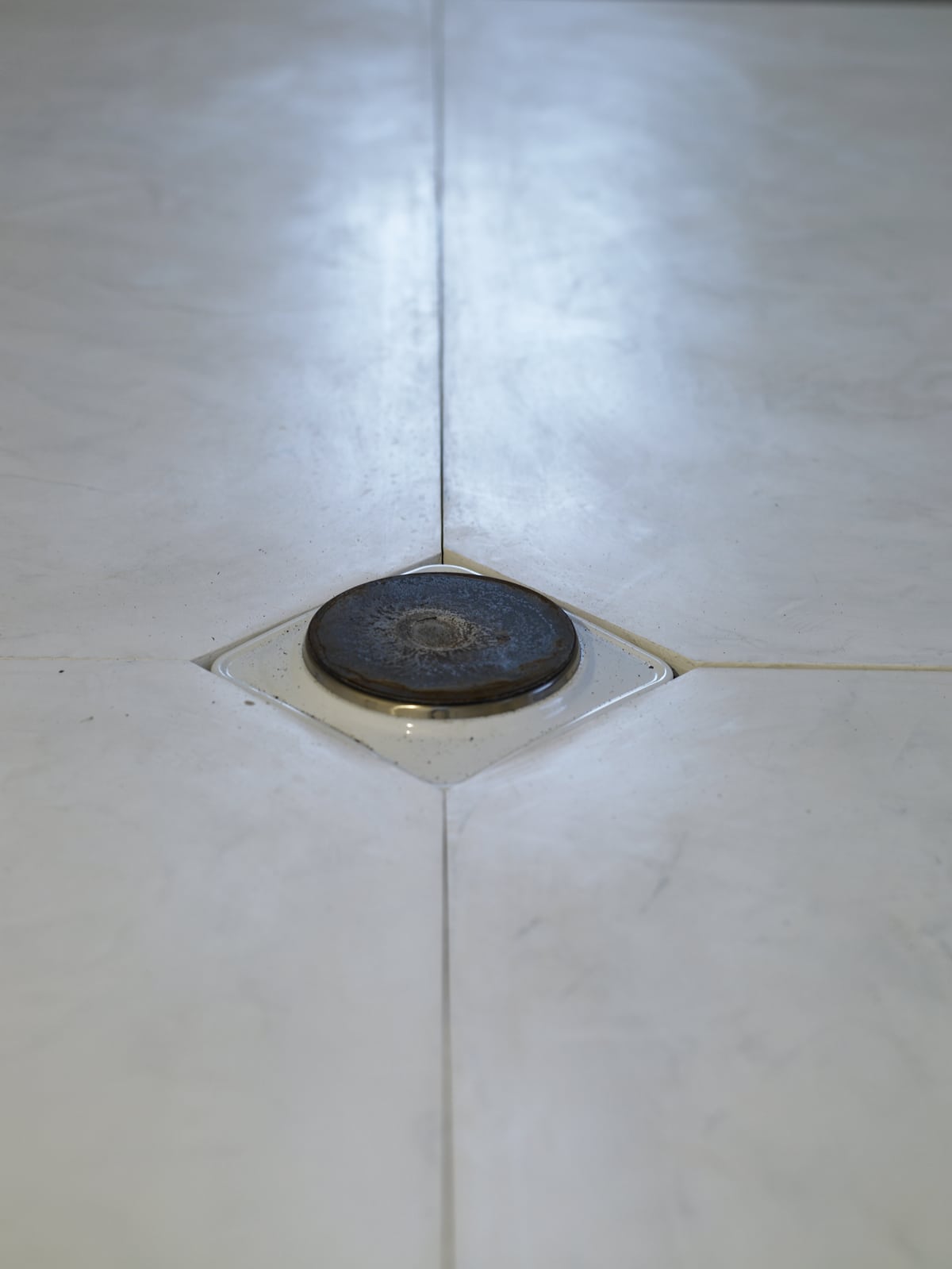 The link between art and merchandise explored by John Miller. The microstate created in Rotterdam by the Atelier Van Lieshout. The memorial to the victims of Guantanamo by Gianni Motti. World Trade Monopoly by Öyvind Fahlström. Self-Portrait Exaggerating My Negroid Features by Adrian Piper. The re-enactment of the bloody miners’ strike against the iron policy of Margaret Thatcher orchestrated by Jeremy Deller and filmed by Mike Figgis. The relationship of contemporary artists to politics has been much commented upon. The emphasis has thus been placed on the critical dimension of art (towards capitalism, imperialism, ideologies, history written by the victors, the system of art itself, etc.), its utopian aspect (for example, in the “Utopia Station” project by Hans Ulrich Obrist, Rirkrit Tiravanija and Molly Nesbit) or its ties to activism (art and feminist and antiracist demands, the questioning of the notion of community).

With Diango Hernández, the relationship between art and politics is not the result of a theoretical position or activism. It refers to a real-life experience, to a specific form of bios politikos. “I grew up as a political being,” explains the Cuban artist, who lives and works in Düsseldorf. “Like many children of my generation, every day I was urged to subscribe to the political process the country was pursuing. All the education that I received was filtered through this. Politics is not an artistic theme that I chose; it is not the product of a strategy. It is like an inseparable friend imposed upon me.”

Rebel Deluxe
Born after the coming to power of Fidel Castro (in 1959), Hernández observed the efforts of the socialist government “to keep the concept of revolution intact”. The result, he reckons, was that “revolution became ordinary” (1), a concept emptied of its meaning. But the decadence of the revolutionary idea (2) does not prevent a certain romanticism from lingering, as cynically demonstrated in a 2005 drawing in which the sun stands out against a red background. In the centre of the radiating star, the inscription “Rebel Deluxe” sounds like a laughable slogan, almost an oxymoron. Likewise, Hernández produced a film in which the word “¡ Victoria !” appearing on a billboard fades away letter by letter. Here, the Che Guevara motto to which it refers (“¡ Hasta la victoria siempre !”) is nothing more than a slogan drained of its substance.

In another vein, the artist is being ironic when he writes, “The underdevelopment is a long game, do you want to play?” on a water (or gas) main surrounded by the tracks of a child’s train set. Hernández also mocks certain historical events – for example, when he leaves a message on an old radio with the words: “The missiles are in my backyard” (a reference to the 1962 missile crisis). But the critique of political reason that he makes does not concern only Cuba: Speeches is an installation comprising six turntables placed on speakers simultaneously playing the political speeches of six presidents (including Castro and Kennedy), producing a cacophony. For another work, Diango Hernández removed all the keys of a computer keyboard with the exception of those that spell out the word “democracy” (with the “€” sign visible below the letter “e”). A way of demanding the advent of a real democracy? Not really: the artist thinks that the term “democracy” is one of the political concepts that has been the most overused in the course of the last few decades to the extent that it has lost its legitimacy.

For the 21st edition of the International Workshops organised by the Frac des Pays de la Loire, Hernández has produced two works. The first, entitled My Facade, comprises political propaganda posters from the 1960s splattered with gold paint. The black-and-white images come from the Cuban ministry of education, which used them in schools during the 1960s, 1970s and 1980s to teach the history of communism and extol its social ideals. In the tradition of socialist realism, they depict enthusiastic youths at work or united in fraternal fervour, as well as views of harbours and photographs of electricity pylons, cranes and paddle wheels embodying Cuban industrial progress. The individual presence is systematically played down in comparison with that of the group, of the masses. Each photograph is repeated to highlight its propagandist function. Finally, the empty space in the centre of this vast wall of images gives it the appearance of an arch, of a monument.

Eternal Flame
My Facade refers to the 1980s, when increasing numbers of Cubans left the country for the United States. “The government and the Communist Party [the only party in Cuba] organised groups to humiliate those who left,” says Hernández. “These groups threw eggs, tomatoes and stones at the facades of the houses of the exiled to humiliate them. Every day, the stains left on the facades reminded those who saw them of this humiliation. I took an interest in this subject and particularly the fact that, at the same time that they were destroying the memory of the exiles, these people were building a monument to hate and intolerance.” In My Facade, the artist replays these gestures by changing their purpose, since it is the propaganda images that are spattered and no longer the homes of social-traitors (3). The unreal images depict “that which the government wanted us to believe in, the best and the worst of a dream”, comments Hernández.

The second work presented at the Frac des Pays de la Loire is entitled Domestic Monument: The Eternal Flame. It comprises a hotplate placed in the centre of a wooden plank painted to imitate marble (as in a shrine), upon which a drop of water falls steadily and is immediately transformed into steam. The work refers to the monument to the martyrs of the revolution located at the Museo de la Revolución in Havana: a stone slab with a star in the centre of which burns an “eternal flame”. Hernández thus transforms an existing image: the supposedly permanent flame of a monument to martyrs becomes a drop of water that is instantly transformed into steam – a metaphor for freedom on contact with power, according to the artist. This deliberately cheap-looking installation (as opposed to the grandiloquence of the Havana monument to martyrs, in front of which a guard is permanently posted) was exhibited in one of the buildings of the Frac artists’ residence and was therefore visible only from the outside. “I wanted to domesticate the idea of the monument by bringing inside a house something that belongs to the public space,” concludes Hernández. “Thus, the monument can be discussed and questioned, which is impossible to do from the outside.” In a way (4), Domestic Monument: The Eternal Flame is an anti-monument. What it has gained in democratic terms (being able to be discussed), it has lost from a political point of view, since it was no longer aimed at a collective. Or only from a distance.

(1) Remarks from “Simone Neuenschwander in conversation with Diango Hernández”, January 2005, Kunsthalle Basel, Basel, Switzerland. Hernández also talks of a “Stationary Revolution”.
(Author’s note: with the exception of this quotation, all the remarks by Hernández come from an e-mail interview with the artist carried out in December 2007).
(2) “I am attracted to the idea of decadence and particularly the decadence of political doctrines, which implies not only relief for some, but also a crisis situation for many,” says Hernández. “Decadence is a marvellous phenomenon, a situation in which the pre-established future no longer exists.”
(3) The figure of the traitor is, moreover, the subject of other works by Hernández. The series Drawing: Wake Me Up depicts the artist sleeping on the shoulders of all the American presidents – from Eisenhower to George W. Bush – since the Castrist revolution. According to Hernández, “The artist must be a traitor, that is, someone who always goes against the social rules, the political expectations of power and the aesthetic convictions of the viewer.”
(4) In the same way as Jimmie Durham’s Arc de Triomphe for Personal Use.