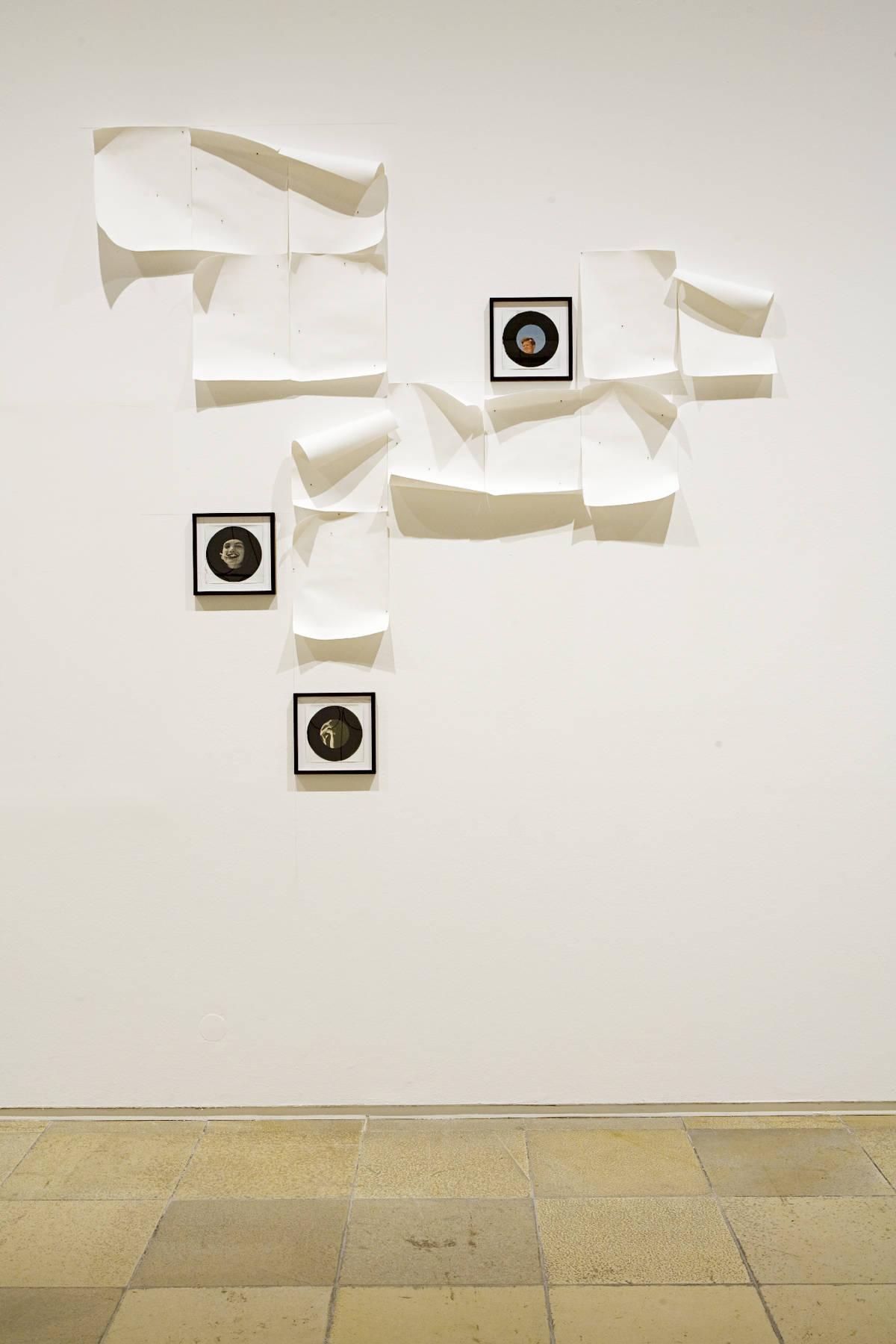 Since the mid 1990s – in reaction to Cuba’s extreme economic and societal crisis after the collapse of the Eastern Bloc – Diango Hernández has dedicated himself to the aesthetics and content of the crisis’ phenomenon in his home country: “I have followed a line of research since I have started working and this line guides us through many reflections about strategies of validation of ‘our beauty’ or the beauty that emerges from permanent crisis situations like the one we have had in Cuba for almost 20 years now.” He examines this, in his eyes continuing, state of emergency through processes that are characteristic for Cuba’s historiography: the propaganda for a successful revolution, as conveyed to the population for decades; the rhetorical and iconographical forms of the government’s self-representation that has slowly developed from a regency legitimised by the revolution in 1959 to a system with totalitarian traits.

The presentation of Hernández’s works is defined by Years (2008), a fragile construction of rusty steel. The skeletal partition consists of numbers, namely of the years 1959 to 2008 in descending order that in their objectification can be walked along as if it were an inverted timeline. The time frame is determined by Fidel Castro’s term in office – from the time he became Cuba’s premier in 1959 to his age-related resignation as president in spring 2008. Years, thereby, functions as a raster or ‘glasses’ through which one can read the other works in the space: the country’s history since the revolution.

Until today, the revolutionary ideas seem to have lost none of their validity in Cuba. Neither global political changes nor Fidel Castro’s abdication have made a fundamental difference. Accordingly, the works brought together here relate to states of tension and suspense. They create images for situations, which defer, if not hinder, the continuation of history and a historical chapter’s potential end. This becomes clear in We Can’t Celebrate (2008): half a chair, which is held upright by an electric wire attached to a champagne bottle – as if a celebratory recommencement could only take place at the expense of a balanced system’s collapse.

Diango Hernández’s works have something ruinous about them. This is perhaps most apparent in Wet Wall (2007/09), which alludes to the flaking paint of a house’s weathered façade. Decay and dismantlement become visible through the chosen working materials – predominantly second-hand furnishings with correspondent traces of use. But particularly the artistic processes play an important role. Hernández takes them apart, virtually dissects them, in order to subsequently rearrange and transform them into instable states of equilibrium. Destabilisation also occurs in terms of content. He removes the objects’ function, even disempowers them as in We Can’t Celebrate, where the halved chair no longer provides a stable support for sitting, but needs support itself.

On the whole, Hernández’s works result in the allegorical presentation of brittleness, disintegration and decay that can be specifically related to constellations of power: ‘I am attracted to the idea of decadence and particularly the decadence of political doctrines, which implies not only relief for some, but also a crisis situation for many. (…) Decadence is a marvellous phenomenon, a situation in which the pre-established future no longer exists.’

The collapse of a ‘prefabricated future’ is, thereby, not based on an abstract intellectual game, but on real experience: because of the dissolution of the USSR as an ideological and economic political paradigm, the points of references, which up to then had been authoritative, lost all validity to Cuba in a very short space of time. Hernández describes this as a paradoxical experience where the future was turned into the past, before it had even entered the present.

The following phase of repositioning had dramatic consequences for Cuba, yet also contained great potential for reflection for Hernández: possibilities opened up that are maintained within his works. He regards many of his works as drawings – even his sculptures, installations or videos: ‘Drawing is a very plain and extremely imaginative form of creativity. (…) It gives the impression that our world functions in a very simple way and that it is possible to intervene in order to affect change. Drawing is therefore a form of utopia.’ Hernández combines the potentiality of drawings with actual historical facts, such as Cuba’s long lasting isolation. In Drawing (Mother That’s Why Nobody Can Find Us) (2006) he illustrates the country as a hermetically sealed terrain through the drawing as well as the closed arrangement of chairs. The slide projection screen used as a surface for drawing hereby suggests the possibility that this isolation may only be a temporary condition, a passing situation after all.

Cuba’s economic political crisis still has an effect on daily life today: “What has been inserted deeply into every Cuban is a way of fighting the world by surviving every day. So, simply said, every day that passes in Cuba is a war that Cuban people feel they have won. In fact, the official title for these years in crisis has been ‘war in peace time’.” In relation to this, it is striking that Hernández’s materials come predominantly from a domestic context: chairs, tables, drawers, lamps, a slide projection screen. Even the thin steel rods in Years are normally used as construction material for houses. The treatment or rather reinterpretation of these objects suggests the attempt of leading a life under conditions that prohibit the idea of stability or home. Hernández says: “The ‘reconstruction’ of the word ‘home’ has been one of my main concerns. To give a different shape and order to used objects and fragmented pieces of furniture is the way I have to maybe at the end feel at home again.”

Diango Hernández’s works resist the concept of history as a consistent, linear and unambiguous event. They connect the utopian space with the actual, move between critical disassociation and melancholy, between ruins as traces of the past and fragments as a part of a future whole. Both the potential and the Cuban revolution’s drastic aftermath are perceived in his ruinous works. The future and the past, thereby, coincide in the presence of the particular object.