Inside the mouth of the panther Group exhibition at "The Unhomely: Phantom Scenes in a Global Society" curated by Okwui Enwezor at 2nd Seville Biennial, Seville, Spain 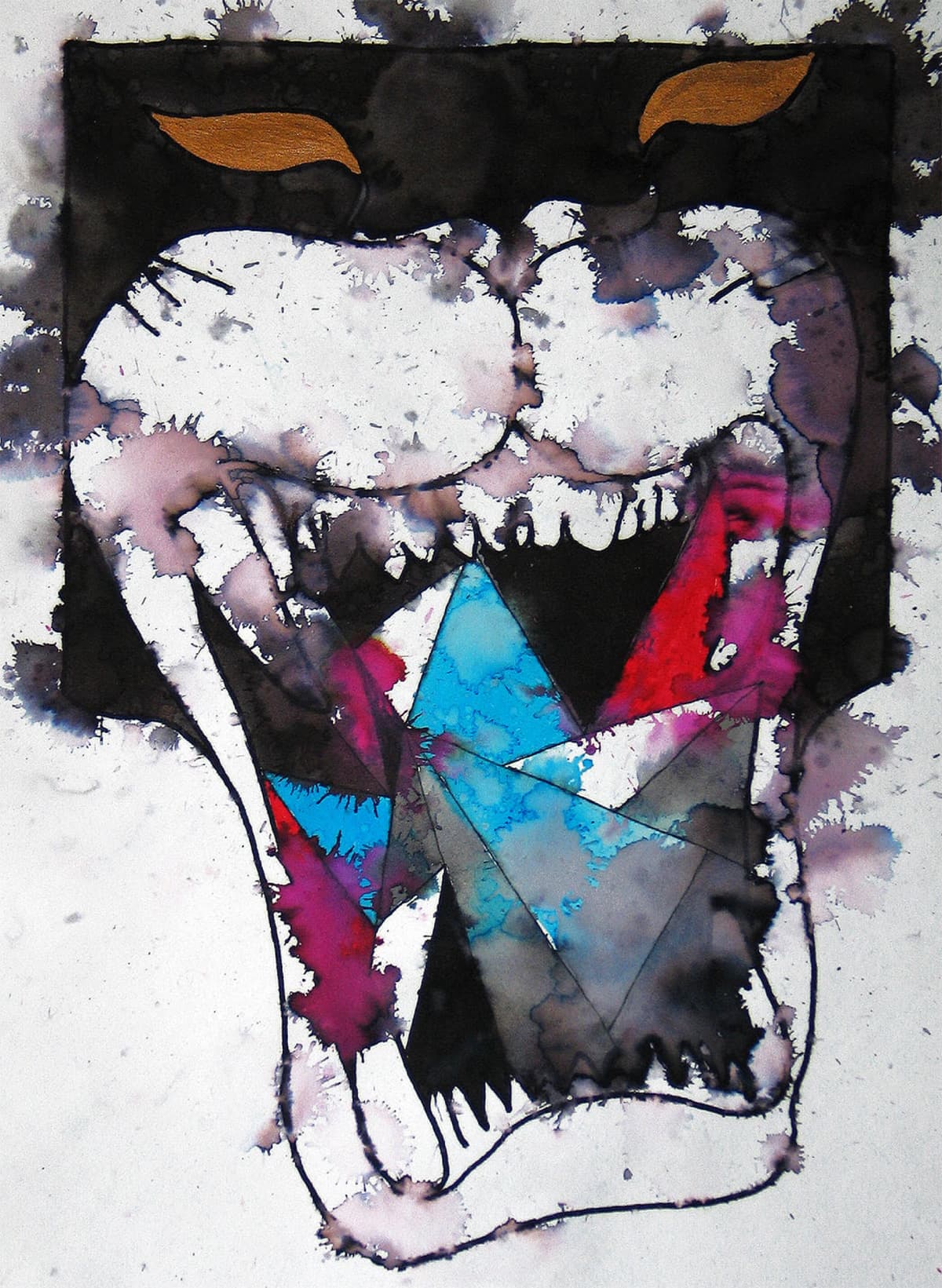 Unlike most of the Cuban artist who have risen to international prominence in the last decades, Diango Hernández is a graduate of Havana’s Superior Institute of Design (ISDI) and not of its Institute of Art (ISA). But it is precisely his training in design that proved to be crucial in infiltrating an art system predicated upon the production and dissemination of objects which, taking Duchamp’s ready-mades as the ultimate justification of artistic license, have often relied upon little more than good design to be recognized as valuable.

As the founding member of the artists collective Gabinete Ordo Amoris (1995-2003) Hernández was concerned not with the market value inherent to art objects but with that conferred upon everyday objects which come into existence in the absence of a market economy to support the industrial creation of even the most basic goods. A mix of Augustinian philosophy (Ordo Amoris) and of Dada-inflected collector craze (as in Cabinet de curiosités), both reflected in its name, Gabinete Ordo Amoris revealed its true aim as an anthropo-social investigation of contemporary Cubanidad by making it its signature practice to display collections of hand-made objects that emerged as part of the provisional culture of the country’s ‘special period.’

After dissolving the collective in 2003, Hernández diverted his working methodology from a museography of the present into an archeology of the future by mixing found objects with objects of his creation into assemblages of which the use has yet to be devised; or into environments that have somewhat of a surreal atmosphere. Bebe de Mis Rosas (2006) while displaying the signs of reassuring domesticity (the chimney, the desk, the lamp), upset the feelings of comfort that such environments usually arise by juxtaposing uncanny images like that of a bleeding rose. The dysfunctionality of the scene makes for a quiet critique of the realm of objecthood into which most.

Robert Franklin Williams (February 26, 1925-October 15, 1996) was a civil rights leader, author, and the president of the Monroe, North Carolina NAACP chapter in the 1950s and early 1960s. At a time when racial tension was high and official abuses were rampant, Williams was a key figure in the American South and organized armed resistance against white supremacy. In 1961 Robert F. Williams found his way to Cuba, where he regularly made radio addresses to Southern blacks on “Radio Free Dixie”, a station he established with assistance from Cuban President Fidel Castro. Though the station’s signal was aggressively blocked by the US Government, it was for a time widely known among black Americans as a voice against oppression around the country. During this stay, together with his wife, he published the newspaper, The Crusader. It was also here that he wrote Negroes With Guns, which had a significant influence on Black Panthers founder Huey P. Newton.

The Cuban poster printed in the late 60’s RETALIATION TO CRIME: REVOLUTIONARY VIOLENCE signed as (OSPAAAL¹ N.D. Offset 22″ x 13″) It has a lot to do with this relationship in between Cuban government and its support to different Afro- American organizations at that time and closely it has more to do with the relationship of Robert F. Williams and Fidel Castro.

The Cuban support specially during 60’s and 70’s to all of the liberation movement around the world is not a secret by now, exiling a figure like Robert F. Williams is just one of the cases of “fighters for the freedom” that were exiled in Cuba. With “Inside the mouth of the panther” I just want to make the following commentary: Why the Cuban government have been not able to accept the “fighters of the freedom” that their own system have created? Then the mouth of the panther and all of the loud screams of it have become an abstraction.

1. The Organization of Solidarity with the People of Asia, Africa and Latin America (Organización de Solidaridad con los Pueblos de Asia, Africa y América Latina), abbreviated as OSPAAAL, is a Cuban political movement with the stated purpose of fighting globalisation, imperialism, neoliberalism and defending human rights. It publishes the magazine Tricontinental. The OSPAAAL was founded in Havana in January 1966, after the Tricontinental Conference, a meeting of leftist delegates from Guinea, the Congo, South Africa, Angola, Vietnam, Syria, North Korea, the Palestinian Liberation Organisation, Cuba, Puerto Rico, Chile and the Dominican Republic. Mehdi Ben Barka, the Moroccan leader of the Tricontinental, was murdered the year before, allegedly with complicity of the CIA.