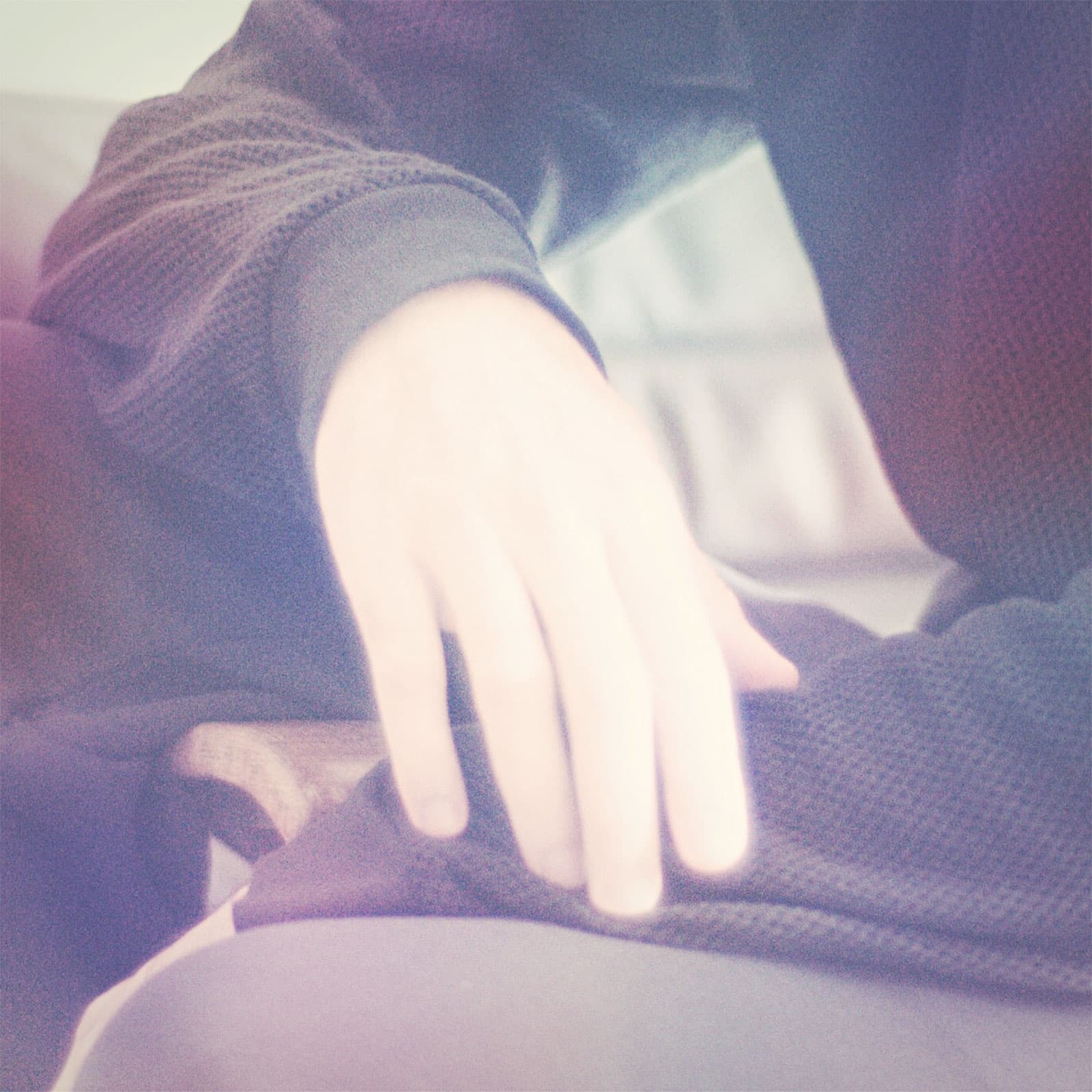 The Cuban born artist is still defying simple categorizations, breaking boundaries and always challenging his work through craftsmanship and a unique notion of materialization. With a intimate view on the role of his art and how it has been shaped through traveling and living abroad, Diango Hernández has been widely exhibited in galleries like Barbara Thumm (Berlin), Marlborough Contemporary (London) and Alexander and Bonin (New York) and institutions such as Kunstahlle Basel (Basel), Museum Morsbroich (Leverkusen), Museum of Contemporary Art (Tokyo), Tate Liverpool (Liverpool), Barbican Centre (London) among many others. Read our interview to find out how he manages to turn blurry memories into feelings, how every nationality comes with different degrees of complication and how he believes that a better future is possible through art instead of any kind of politics.

Aujourd’hui: You were born in Cuba in 1970 where you studied industrial design. How did you decide to change paths and end up living as an artist based in Dusseldorf?

Diango Hernández: That was a long distance flight. I’ll try to condense it here in a few lines. When I finished the design school of Havana (ISDI) in 1994 I was mainly interested in research, I wanted to go deeper into a very a particular reality that officially was called Special Period(1). After a year of enquiries -basically field research in Havana- and operating under the collaborative name of Ordo Amoris Cabinet(2) we managed to collect a significant amount of materials / objects and data. We gathered hundreds of artefacts made by ordinary Cuban people and started classifying them until we made a comprehensive inventory, a sort of archive that would become later the base of exhibitions and conferences. This very particular popular production that emerged during the Special Period allowed us to understand the cultural implications of objects in a definitive way. We pointed out the relevance of provisionality for our culture, and defined the term Provisional Art(3). During the next 10 years (1994–2004) I was occupied with a very intense and productive artistic collaboration.

In 2003 I came to Europe and decided to stay for a longer period of time. I started my trip in Italy then Spain and finally after 3 years of intense travels, I moved to Germany having in mind starting a studio based practice. Looking back changing paths have been always something unavoidable to me, something that always felt kind of natural. When I finished the design school I realised, as many of my friends did, that studying design was a sort of utopia. We spent 6 years looking and learning from western European and American books and magazines. Our reality back then in Havana didn’t have anything to do with these magazines, basically all we learned wasn’t really applicable. Nevertheless when I finished studies I wasn’t into production nor even into materialisation, I didn’t want to face the Cuban reality in that way. As soon as I started getting to know more about contemporary art, I felt really comfortable, all the flexibility that I was looking for was already there and I loved it. The solitary work hooked me from the beginning, for the first time in my life work gained another meaning and purpose, at that point I have already changed path, but as always is -I guess- it is a continuos flow, at that time it didn’t feel like a big change.

Aujourd’hui: Your work is often informed by the collective history and memory of Cuba in the 80’s and 90’s. However, this “Cuba” in your work is more of an imagination or a ‘poetic truth’ that you have recreated over time. Is it a way of keeping your national identity alive since you have been living in Dusseldorf in the past few years? Are you afraid of loosing your references once living abroad?

Diango Hernández: Living abroad is a very particular experience, something that certainly has many degrees of complications. In which distance plays a very important role, this distance can be physical and/or cultural as well.The more distant you are the more attracted you become to this original source of energy that is the place in which we were born. Unfortunately the “references” will never go away, by the contrary they become stronger. Whatever picture is there clear and crisp in your memory soon blurs away, time and distance transform this image into a feeling, this feeling evolve, it grows and at certain point don’t need any more a form, a place, a face. These feelings are triggered mostly by very distinctive, mostly subtle things like smells, colours, a sound. In that sense traveling and living abroad is a fantastic experience but a one that demands a certain degree of pain. My work is in direct connection to these feelings, it has nothing to do with national identity nor with any concept as such. (…)To suppress half the metaphor was to eliminate ugliness, and evil, by never naming it, saying something for something else(…)(4) Lezama Lima in his extraordinary analysis of Baroque literature specially referring to Gongora’s strategies talks about the invisible, the suppressed, something that is missing that has been consciously left by the author just for the reader to understand the monumental relevance of its absence.

Aujourd’hui: Yet you seem not to want to be categorised as a “Cuban Artist”. Why? What are, in your opinion, the consequences of that categorisation?

I am an artist, the rest is politics. There is no danger in calling yourself -for instance- a Cuban artist, you can even profit from that. I think that there is something wonderful about being just an artist, there I can see a promise for a better future and also a challenge for all us artist. I think art must be disconnected from geo-political attachments and such boundaries. Whenever I see my name or some other artists names linked to a nationality I think of the limitations and prejudices we are all still facing and that makes me really sad.

Aujourd’hui: Your work is highly conceptual yet there seems to be a lot of importance given to craftsmanship. If your work comes mainly from ideas and story-telling, where does the importance of the hand-made object come into play?

Diango Hernández: The construction process of something is a sign of love and care, in my case is also the materialisation of a feeling. When I decide to “build” and bring something to the reality I make sure that this object embodies not only an idea but also a strong sign of engagement and commitment. My starting point is never productivity or efficiency, my studio practice doesn’t include any other person than me, in that way I work as a writer, I need silence and few tools. Lately I am more into reading/translating, painting and drawing, I want to get rid of all the superfluous elements that stay in between me and the construction of something, I want to feel like that long distance runner that only uses his body to masterfully craft the wind that surrounds him.

Aujourd’hui: You have started Lonelyfingers with Anne Pöhlmann in 2012. What can you tell us about this ongoing project?

Diango Hernández: Nuno Faria a few years ago wrote: The project lonelyfingers is a crystalline paradox, a mirror of water. It has utopia’s strength and innocence. It’s a project of love, that weaves relations in time and space(…)(5). Lonelyfingers pulsates and with every pulsation it opens new possibilities for us artists. These possibilities are not only discursive they are mostly oriented towards the understanding of our practices and working processes. At the moment we have been invited by the MUHKA (The Museum of Contemporary Art in Antwerp) to be part of Lodgers(6), a three months residency and research programme that includes presentations and events. We are already working on a project that has as main focus the reformatting of the artist’s biography. We think that artists’ biographies need to get away from listing and somehow privilege more the map that an artists’ life traces. Maps of You will include a publication and a series of public events and presentations.

(1) The Special Period in Time of Peace (Spanish: Período especial) in Cuba was a euphemism for an extended period of economic crisis that began in 1989[1] primarily due to the dissolution of the Soviet Union and, by extension, the Comecon. The economic depression of the Special Period was at its most severe in the early to mid–1990s before slightly declining in severity towards the end of the decade. It was defined primarily by the severe shortages of hydrocarbon energy resources in the form of gasoline, diesel, and other petroleum derivatives that occurred upon the implosion of economic agreements between the petroleum-rich Soviet Union and Cuba. The period radically transformed Cuban society and the economy, as it necessitated the successful introduction of sustainable agriculture, decreased use of automobiles, and overhauled industry, health, and diet countrywide. People were forced to live without many goods they had become used to. WIKI

(3) (…)A practice based on a concept that condenses the socio historical experience. (…)the concept of the provisional is developed as a characterization of the social attitudes towards labour, in a moment also socially marked as “special” (Special period), that is to say, not definitive. So that Ordo Amoris’s pieces, come signed with an aura of transitoriness, not for the simple fact they will be drained by their use, but because even the needs that originated them are supposedly transitory since the society is called to eliminate them. (Ordo Amoris: Towards a pragmatic Design by Juan Antonio Molina, Published on 26-08-1999, La Gazeta de Cuba). ORDO AMORIS CABINET

(4) (…)Gongora’s baroque strategies as the elimination of part of a term, ellipsis, in order to make the other part stand out. To suppress half the metaphor was to eliminate ugliness, and evil, by never naming it, saying something for something else. This is the particular feeling that reading Lezama Lima gives of half understanding the meaning. In this sense neo-baroque is anti-literalist, and teasingly playful.(…) Jason Wilson. The Cambridge history of Latin America. Volume X, Latin America Since 1930: Ideas, Culture, and Society. Edited by Leslie Bethell, Cambridge University Press, 1955

(5) Water is a wet flame. Novalis by Nuno Faria for TheFindsPaper#1, 17 March 2013. LONELYFINGERS