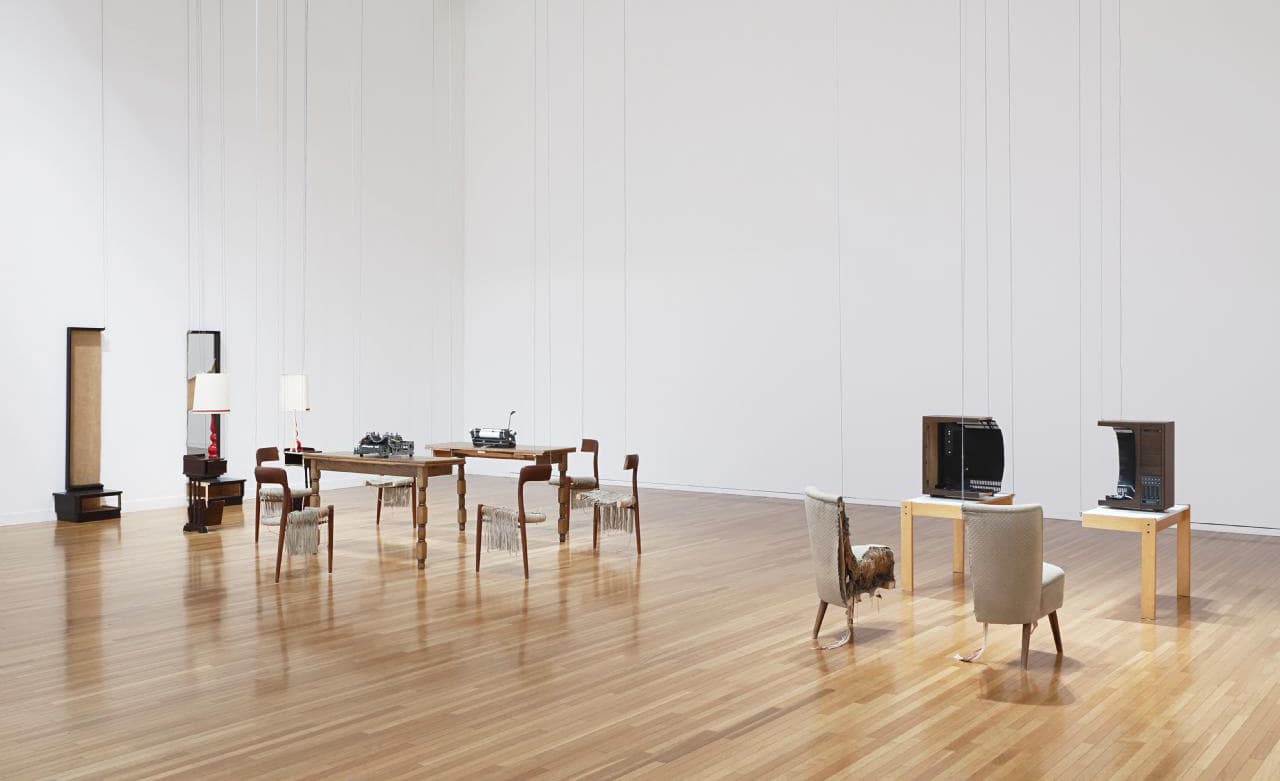 In Crimen perfecto, the Uruguayan artist Luis Camnitzer invites the observer to look at a series of works of art through ten teleidoscopes (kaleidoscopes with a lens at the end that deforms reality) placed at different points of the exhibition room.

The work observed is reduced to a formalist decoration, “annihilating” its meaning. At the same time, the order in which the curator, as the person responsible for the” scientific nature of the exhibition” is upset, which questions his “unique” thought. In this way Crimen perfecto alludes significantly to the claim that the art historian, Didi-Huberman, has been making for a dialectic understanding provided by the figure of the kaleidoscope, approached in a revealing manner in his work “Caleidoscopio y rompecabezas: el tiempo se lanza como un bretzel…”.

Based on the ideas presented in this essay and on the subversive and “destructive” effect of Crimen perfecto, the present exhibition brings together a selection of works by Latin American artists, works that belong to the Museo de Arte Contemporáneo de Castilla y León, and are outstanding due to their profound spirit that is critical and reflexive, directed to the reordering of the established systems in order to dismantle and look for new ones. They stand out for their great interest in language as a vehicle for the construction of meaning.

The works on show explore themes which are part of the poetry of the MUSAC collection such as the memory, the body, the identity, the urban environment and popular iconography. Most of them were created between 2001 and 2014, by artists from countries such as Colombia, Puerto Rico, Cuba, Peru, Argentina, Brazil and Mexico amongst others. They reveal realities and conflicts of a political, social, economic, cultural and existential nature, relating individual concerns and/or associated to specific contexts with questions and matters of urgency of a universal character.

Classified in four fundamental subject sections: sociopolitical contexts, landscapes/territory, body/individual/ citizenship and art/language/institution, the aim of the exhibition is to establish new approaches to the works with the idea of rethinking our present times.

Crimen perfecto and the theoretical model to which it refers, would serve as a necessary “hindrance” as regards the order of the exhibition itself, thus establishing clear connections between the works and the subject sections. These ten teleidoscopes placed in the different rooms that make up the itinerary through the exhibition, in line with the idea of breaking down stereotypes into which the works could fall or the idea itself of “exhibition”, will create new dimensions as regards the meanings they transmit, calling on the active participation of the observer and the multiple effects and possible viewings of the Collection, which are always infinite.