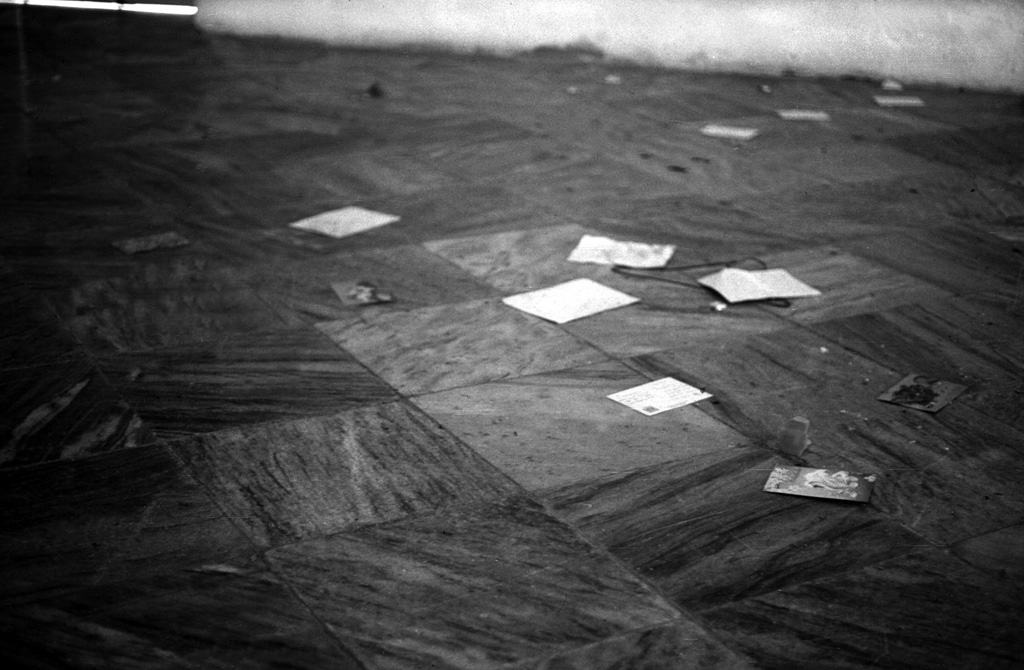 …It is not by chance that we are born in one place and not in another place, it is to give our testimony. Eliseo Diego (For strange peoples)

Diango Hernández and Francis Acea, who are the Ordo Amoris Cabinet at present, are the authors of Reinforced Concrete. They have turned the exhibition halls of the Center for the Development of Visual Arts in Havana into spaces that house indefinitely three different series of objects, prints, tracks which we recognize as shapers of spaces and times duly in our memory and at the same time active in a significant sector of the Cuban society at present. Their stay in these spaces has the same temporary character they some time had in the daily life of several generations of Cuban youngsters. Now cast aside, they have been prepared to be moved to some place intentionally undefined.

The educational project involved in the combination study-work has been one paradigmatic expression of the Cuban Revolution. The different ways of expliciting itself in systems of objects, some especially designed and the rest created to “temporarily” meet the needs generated by everyday life in collective and somewhat unusual spaces in the middle of rural areas of the country, have generated an aesthetic that, though confined to a part of life only, shapes one of the most changing identities we can identify among ourselves. However, the scope of Reinforced Concrete as a proposal is beyond sociologic or anthropologic intentions and even beyond the archeological intentions derived from the former.

Of course, the research goes over all traditional boundaries of design, and even of art, considering their functions as we have understood them. It generates a methodology that recognizes and assumes the object in its condition of active track at the same time capable of defining spaces and times properly set, and of allowing through re-contextualizing processes, new readings of significant fragments of our identities both individual and social.

But the objects, taken one by one integrate a system of mirrors in which the visitor can identify himself. Unusual event within a gallery, thought for a completely different social function and in which sophisticated prestige operations should be completed. The poetry goes from the object to the metaphors of space containing it or better, that could contain it, thus making it play the game of temporality. All these new fragments are the privilege of personal and intimate experience of each viewer.

Projected, like in a kaleidoscope, they give way to the almost infinite ludicrous transposition possibilities of identity. The artistic proposal is legitimate for each one of us, it makes us go through the looking glass, and throws us into a hopelessly unusual and familiar everyday life.

Those who opened the breach of provisionality for Cuban art are trying now, they say, to turn the gallery into a factory that allow us to shape “a point of reflection of the social consciousness.”

The order of love
Manage Cookie Consent
We use cookies to optimize our website and our service.
Manage options Manage services Manage vendors Read more about these purposes
View preferences
{title} {title} {title}