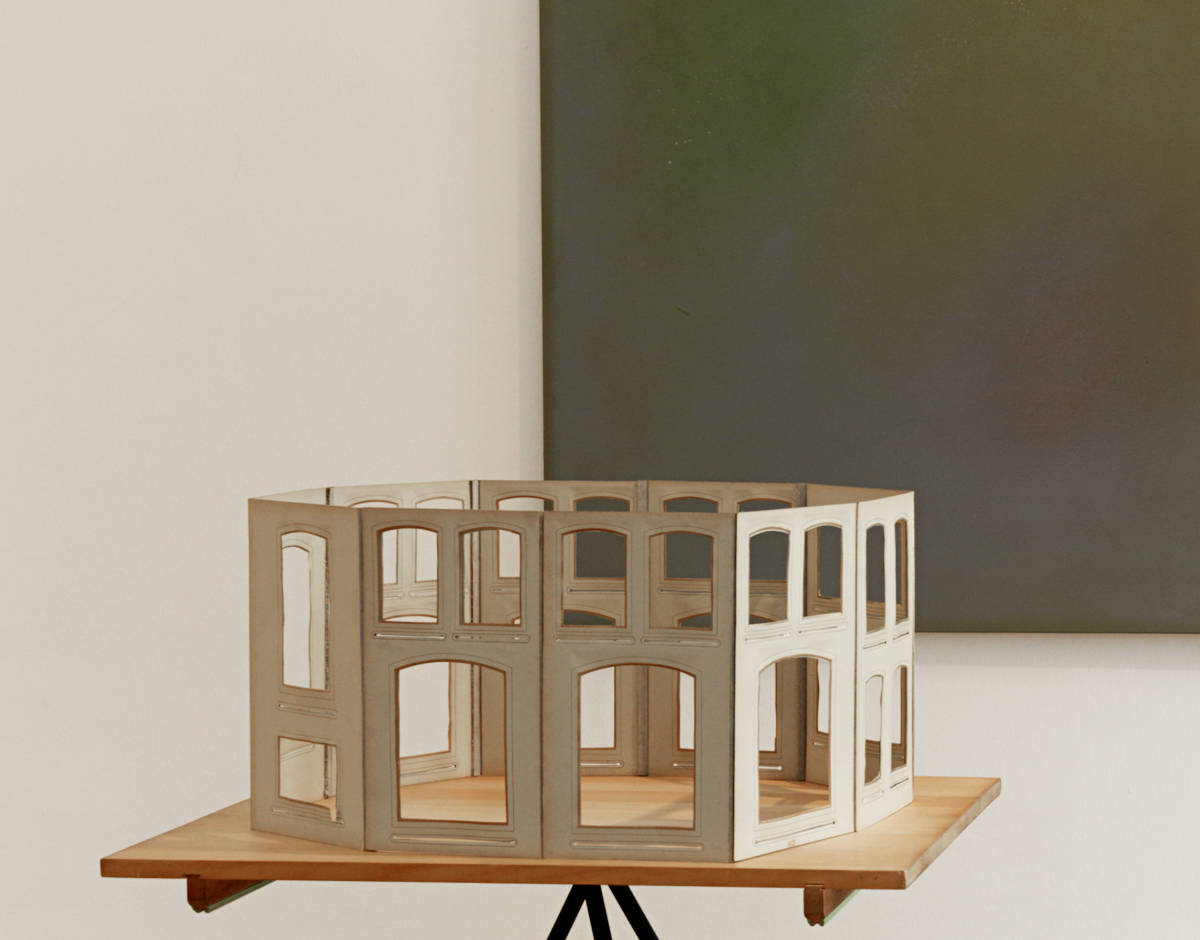 Diango Hernández’s works illuminate the art-life of the revolutionary spirit of a movement that was political and artistic in equal measure. His subtle Moses-en-scène not only conjure up the economy of scarcity in Cuba – many observers harbor exoticizing ideas about the Caribbean version of socialism- but also point to a particular pathology that is characteristic of political as much as aesthetic systems of all stripes once they employ absolute control over the individual to further their ideological aims.

His keen sense for the absurd aspects of a faded revolutionary pathos invents images and spaces that speak about the radical spirit of modernity as well as the daily deprivations in the anachronistic all-encompassing project of a collective that has broken free of history.

Basic commodities manufactured out of Coca-Cola cans, antennas built from scrap metal: minimalisms of everyday life whose bricolage aesthetic emerges as a counter-utopia set against participation in an egalitarian social order project. Made out of the arsenals of an ideology justified makeshift economy, these stopgap solutions function as aggregates of longing against the excessive demands of utopian promises. Yet Cuba is not the only place where Hernández discovers such paradoxical repurposing of western confining goods: he finds instances wherever the signs indicating the dominance of the northern over the southern hemisphere define the conditions of contemporary life as well as the art system. By turning his attention to the marginal zones of everyday lives determined by political ideology, he avoids culture-critical denunciations in the vein of ‘wrong life cannot be lived rightly’.

The poetic power of his works is evident in their particular emphatic sense for the contradictions of today’s world order, which Hernández takes seriously as a part of his own socialization without transforming them into a nostalgic yearning for lost ideas.

His memory-images, whose efficacy is as individual as it is collective, spur us to think about changing political as well as artistic attitudes; there are overtones of ‘desengaño’, an elegiac disillusionment that has always followed upon utopian enthusiasm.

To our contemporary eyes, the peculiar aura of that economy of scarcity -specially when considering in comparison with the wealth of consumer choices offered by a politics that puts growth above all else- seems like the clarion call of a future that will yet have to face a radically different way of using the resources that remain. In this perspective, Hernández’s descriptions of the status quo function both as a critical mirror and as a reservoir of utopian energy. The political is inevitable a part of this practice that anchors poetic moments in the constellation of the social world; for as Rancière writes, ‘the sense of communication requires sensual representation.’

It is here that Hernández’s art becomes political: in its alternative to politics, and as the expression of an irresistible poetry that transcends aesthetic boundaries and fuses culture.

The show Neues Rheinland. Die postironische Generation (The New Rhineland. The Post-ironic Generation) will present the first comprehensive museum exhibition of artists born predominantly in the 1970s and who now live and work in the Rhineland.

Comprising 30 positions, the show devises a panorama of a generation guided by communal interest in specific themes following on from established historic trends in the Rhineland, ranging from ZERO Kunst to the postmodern protagonists from the 1980s: out of the rejection of a remote ironic attitude, which characterized both social as well as the discourse within art since the 1980s, a new inclination towards seriousness and engagement, but also humor, began to develop.

While the generation of their “teachers” was confronted by a world whose antiquated, polarized systems of power were is dissolution, those individuals born in the 1970s grew into a world in which globalization and an unfettered capitalism constituted the status-quo. If 1980s artists reacted to the fundamental transformation of their social system by using the repeated disjuncture and mirroring of irony, it would seem by contrast that cutting “ambiguity” has become something of a blunt instrument in the stylistic arsenal of a new generation of artists at the start of the twenty-first century.

Applied thematic approaches, such as the orientation towards people, their corporeality as well as their utopian ideals, determine the scope of today’s artistic inquiry. In this connection, the post-ironists try out traditional methods in a new way: they concentrate their energies on more marginal media such as ceramics, woodcuts or silhouettes and endeavor to find a natural, at times emphatically crafts-man-like engagement with their chosen materials, their characteristics and qualities, as well as metaphorical dimensions.

The artists in question approach their subject matter which for its part may well be geared towards selected modernist positions in post-ironic fashion and in an artistic process characterized by seriousness. Deploying a large number of diverse media ranging from painting, photography, collage, via installations, sculptures and spatial interventions, all the way to video and animation the exhibition traces the manifold strategies of post-ironic thinking. Although the works refrain from using irony, they are by no means devoid of humor: indeed, it is at this very threshold between irony and humor that the presentation generates its thesis regarding a new artistic generation in the Rhineland, which, as the leading location for art training and the most dense regional concentration worldwide of cultural institutions, possesses unique status as a barometer of international developments.