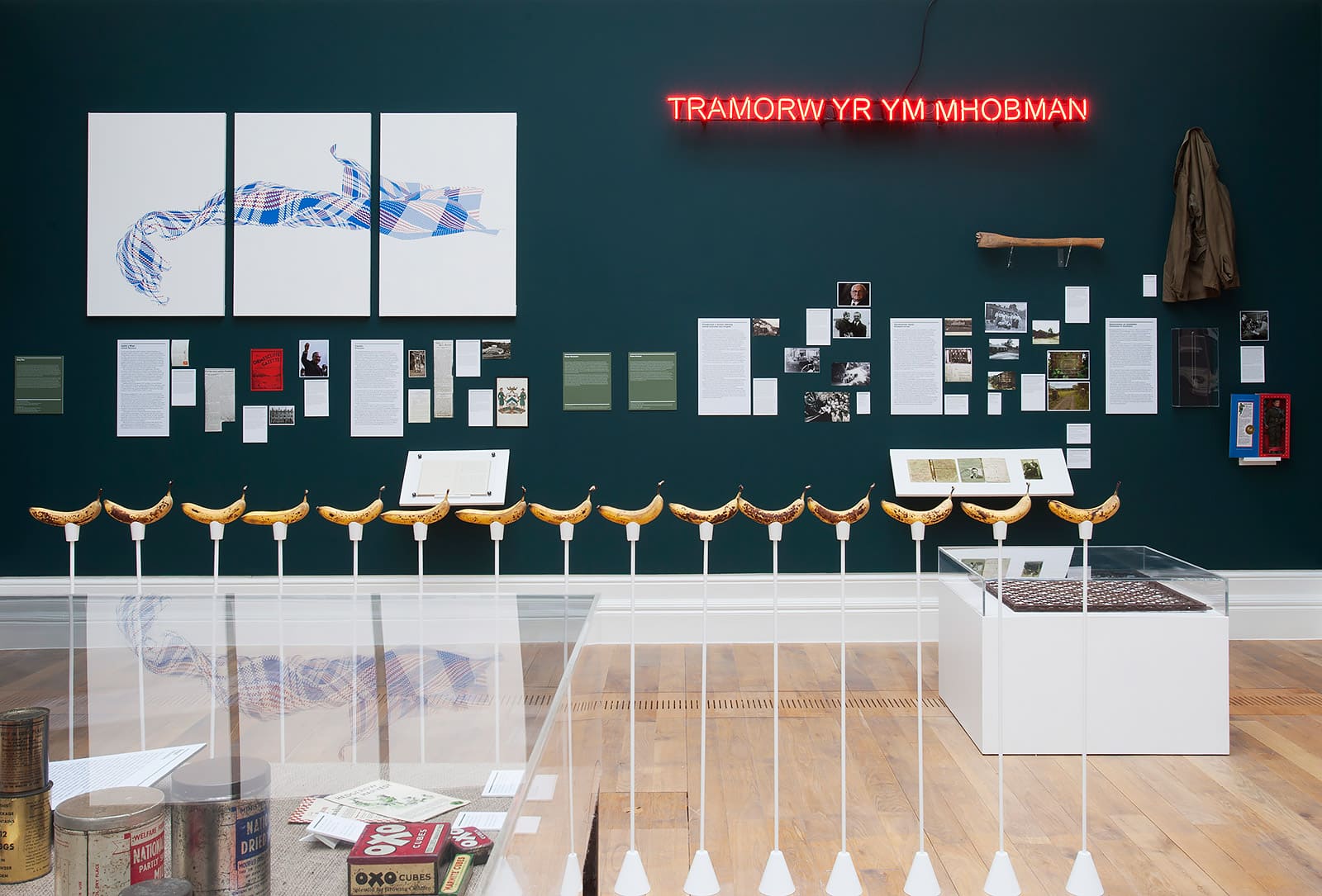 WAR II is an exhibition that responds to the use of MOSTYN’s building during World War II, as well as to the town of Llandudno and the wider local area at this time. The exhibition is part of a sequence of shows titled History Series*, which has been designed, in part, to explore the rich history and heritage of MOSTYN.

As a sequel to WAR I (MOSTYN, 2014) that focused upon the building’s function as a drill hall during World War I, this new exhibition moves on to World War II and takes as its starting point the building’s use as a ‘Donut Dugout’– a space for food and recreation for American troops located in the town.

The exhibition will provide a guided yet open viewing narrative for the viewer, where each wall within the space will concentrate on a single theme broken into subsections. Some of the subjects addressed are the history of doughnuts, the Ministry of Food presence in Colwyn Bay, the Inland Revenue evacuees in Llandudno, local theatres, the Home Guard, espionage links and Snowdonia military aircraft crash sites.

Among the historical subject areas – containing artefacts, documents and images – artworks by contemporary artists will be presented. Both components, the historical and the contemporary, will be placed together in close dialogue in such a way to create unexpected links between the two. The selection of artworks deliberately eschews a grouping of works exclusively tied to World War II, or even to ideas of war and conflict. The intention is to create a framework through which to not only consider World War II and the local context in a new light, but also history and the backdrop of our present.

With special thanks to Adrian Hughes of The Home Front Experience Museum, New Street, Llandudno*

*About the HISTORY SERIES:
The series has been conceived by Adam Carr (Visual Arts Programme Curator) for MOSTYN. Through a combination of historical texts, objects and images, and works by contemporary artists, each exhibition observes a specific period in the building’s history. The intention is to offer the opportunity for the public to engage with MOSTYN’s past, and for local people to explore their own history, while MOSTYN’s history is presented on a national and international stage. The building’s former uses are taken as starting points from which to explore new avenues for the making and presentation of exhibitions, and for the engagement of audiences.  The History Series of exhibitions is funded by The National Lottery through the Arts Council of Wales, and Heritage Lottery Fund.