Ways of knowing by Timotheus Vermeulen for Frieze magazine On the installation, sculptures and drawings of Diango Hernández, Dec. 2014 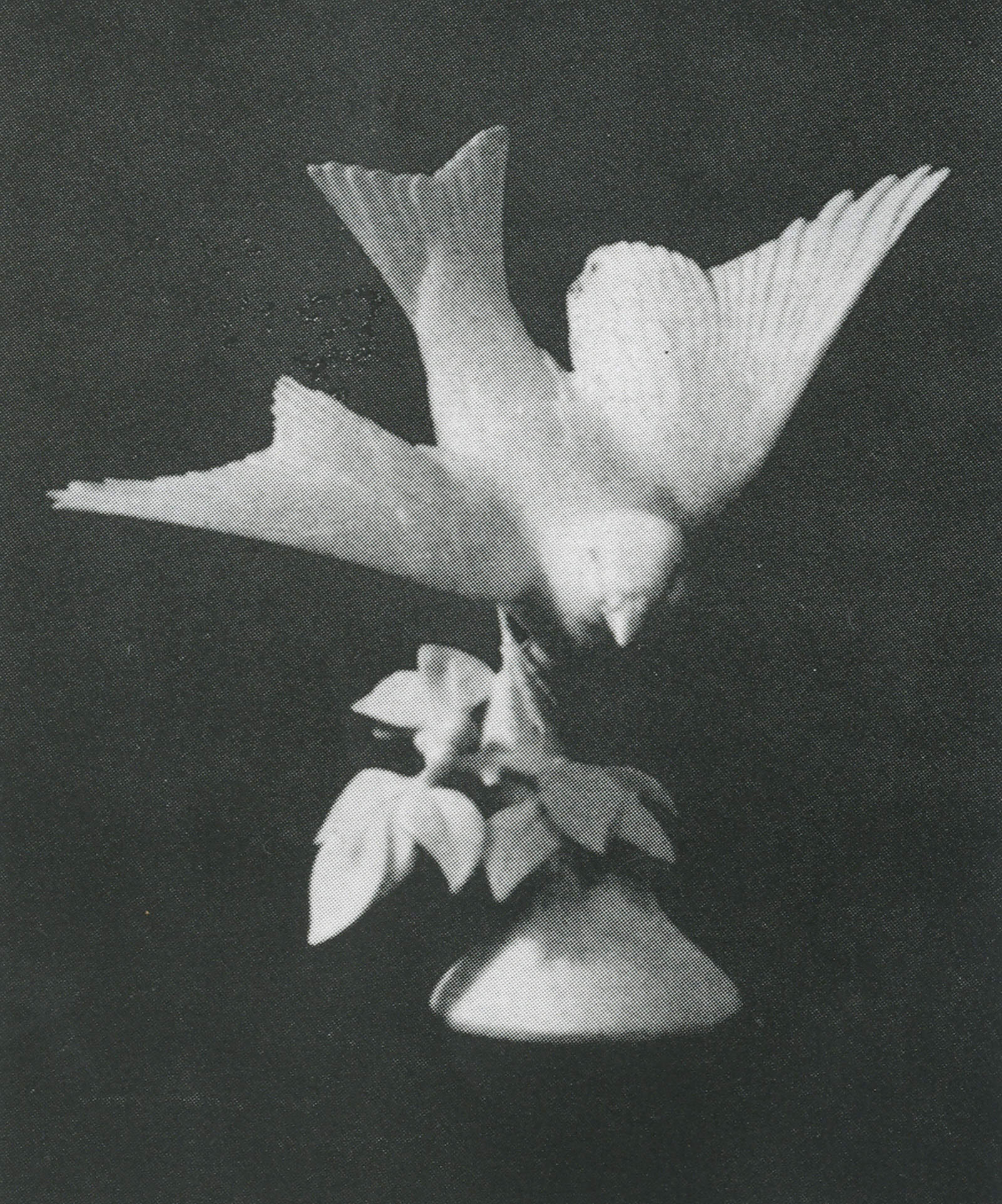 The art of Diango Hernández defies easy categorization. Although much of his work is inspired by his experiences of Cuba – where he was born in 1970 and lived until the age of 33 – he is not an émigré artist in the vein of Aleksandr Solzhenitsyn or Joseph Brodsky. And while many of his projects are concerned with displacement and origin, his work does not sit comfortably within the genre of diasporic art. Hernández makes Conceptual art yet carefully constructs pieces by hand like a craftsman. He is as much an inventor drawing up plans for alternative systems as he is an explorer mapping out newly discovered territories. And whilst he is most certainly a storyteller, it is never quite clear which story he is telling. Hernández can be a collector of personal paraphernalia and diaries one year, and a Minimalist painter or a sculptor using found objects the next.

Within the artist’s wide-ranging practice, however, there is one constant: the tendency to disorientate. In an early sculpture such as Drawing (Box Radio) from 2003, the year Hernández moved to Europe, this is made palpable in the object itself. Tattered cardboard boxes, old speakers, discarded batteries, antennae and cables have been painstakingly pasted together with tape and glue to create a purposefully ramshackle form resembling a radio. Both a heartfelt homage to the inventiveness of the Cuban people and a condemnation of the poverty that necessitates it, the sculpture disassociates its component parts from their customary frames of reference to demonstrate their potential for radical re-signification. Who would have known (apart from a few proponents of object-orientated philosophy such as Timothy Morton maybe) that cardboard boxes could moonlight as means of communication, entertainment or dance?

In later sculptures, such as Drawing (Roses Attract Beauty as Revolution Attracts Hope) (2006) and La rosa e suoi tormenti (The Rose and its Torments, 2008), Hernández’s motives for this kind of repurposing are less obvious. In the former, a framed drawing, a vinyl record, a vase and a stool have been arranged in a harmonious yet unstable composition: the stool is turned on its head, propped up by the vase, while the framed drawing at the base of the structure carries all the weight. If the assembled objects are intended to form a chair, as one critic has suggested,1 then it must surely be the most fragile and rickety one ever made. La rosa e suoi tormenti couples a wooden chair with, amongst other things, a sparsely painted canvas, a metal frame and a baseball dripping with blue paint. The point of these works, it seems to me, is not simply to show that objects can assume significance beyond their intended function, but that they have the potential to assume any possible meaning. In this context, disorientation is equated with the awareness of knowing too little in the face of intuiting – and being able to imagine – too much. Something is lost, and you can sense it.

Tellingly, one of Hernández’s most notable solo shows to date was entitled ‘Losing You Tonight’ (2009). The exhibition at the Museum für Gegenwartskunst in Siegen reflected on his often harrowing and traumatizing experiences at La Beca, a community boarding school in Cuba. Indeed, the show’s title referred to the tragic, but by no means uncommon, death of one of the artist’s classmates, Ramon, in a knife fight. Moving through the space, a sense of loss was palpable – not only in relation to Hernández’s childhood friend, but as a narrative of disorientation that ran throughout the entire exhibition. Across six large galleries, the artist displayed assemblages, drawings and numerous objects he had found at second-hand shops or in flea markets, in various constellations and through a range of historical prisms and personal filters. In one space, an assortment of shabby chairs and tables, which the artist had found in Germany, were positioned in even rows to re-create the classroom environments of his childhood (La Lectura y el Sol, Reading and Sun, 2009). In another room, discarded vinyl records had been remoulded into designer vases and displayed in vitrines (My Records for You, 2009). Disfigured, scratched and blemished, these objects hinted at stories about their respective pasts whilst evoking through their reorganization the artist’s personal experiences and dreams. But the stories themselves were lost, existing somewhere beyond the viewer’s grasp.

Nowhere was this sense of disorientation more pronounced than in the museum’s third space, where various damaged household objects had been arranged within light boxes to cast shadows onto the gallery floor (Don’t Wait for Me, 2009). With the objects themselves obscured from sight, so too were the narratives of their past, for it was impossible to tell from the shadow alone whether it was cast by a broken teacup or a burnt piece of wood, a heart-shaped keychain or a defunct light bulb. Such an approach to art-making is typical for Hernández: he acknowledges that there are stories, both in the objects themselves and in his use of them, but he never gives us enough information to construe those stories in detail. Instead he leaves us to imagine them, to explore what may be possible given what we intuitively understand, to enquire in every direction in search of a satisfying plot.

Born to an entrepreneurial father from a old money and a communist mother from a working-class background, Hernández learned early on in life that truth is a most relative and malleable concept: what is true for the capitalist, after all, may well be a lie for the communist (the idea of a meritocracy, for instance, or of equal opportunity in a market economy). When, aged 12, he was sent to boarding school, as was common in Cuba at the time, he came to understand that the private and the public, the personal and the political, are not such distinctly separate realms as is often assumed. In line with communist beliefs, he was not allowed to keep anything to himself: showers were taken without curtains, cupboard space was shared and students slept together in dorms.

Another significant influence on Hernández’s work has been his emigration to Europe – initially to Italy, then later to Germany where he still lives today – since it made him aware of the importance of context. As he told curator Patrizia Dander in an interview in 2011: ‘Showing outside of Cuba […] was always a challenging process that helped me to understand the relevance of art language and its role in the construction of an art object […] For example, there is a big difference between a “found object” in London and a “found object” in Havana, and the difference between them is so big that we can’t even call the object from Havana a “found object” because nobody in Havana, besides a rarefied group of intellectuals, knows what a “found object” is.’2 His experiences in Cuba, Italy and Germany have undoubtedly contributed to Hernández’s understanding of the arbitrariness of the rules of signification that surround us, just as they have to his aversion to all-pervasive ideological systems.

It would be misleading, however, to attribute the artist’s interest in disorientation to purely biographical factors. For Hernández’s drawings and installations investigate a question which contemporary philosophy has also been addressing recently: that the world is multiple, not simply in the sense that experiences vary – that we all perceive the stuff around us differently from one another – but in that objects themselves are more complex, comprise more, than is divulged to us in the way we use or access them. The ontology of a hammer, a stool or a stone may far exceed what each implement means to us. A flint that I might use to start a fire also exists within the context of other relationships – to fish, water, insects or pieces of wood. By intimating stories while obscuring them from us, and by making us intuitively understand more than he lets us know, Hernández alludes to such multiplicitous realities. One project that embraces such an approach is the website lonelyfingers.com, launched in 2012 by Hernández and artist Anne Pöhlmann, which invites artists to expand artistically on their ‘finds’ – the objects that have inspired them while developing their art works, charting the networks of things.

It is surely due in part to his complex understanding of what constitutes an object that Hernández describes all of his works as ‘drawings’, regardless of whether they are instal­lations or sculptures, paintings or collages. For Hernández, referring to an art work as a drawing implies that you perceive it to be a sketch or a plan, rather than a finished piece. All of his projects are plans for ideas and ideals that have yet to materialize. Importantly, although they may purport to showcase one particular Utopia, they inevitably carry within them hundreds, perhaps even thousands, of alternative realities, many of which could be decidedly less hopeful or constructive.

When I visited the artist in his studio in Düsseldorf this summer, he was working on a new series of drawings for an exhibition at Marlborough Contemporary in London, his first solo show in the UK. Executed in graphite crayon on a graphite background, these drawings depict the outlines of animals – birds, rabbits, deer – using soft, simple lines. They are sweet, innocent pictures of the kind you might find in an early Disney film or a 1950s children’s book. What these images do not disclose, however, is that they are based on photographs of Allach porcelain. Produced between 1935 and 1945 at a factory owned by the ss leader Heinrich Himmler, Allach porcelain depicted ‘pure’ representations of Germanic culture as befitted the Nazi’s Aryan ideal. Talk about the banality of evil! Hernández’s rabbit is a near-identical copy of the Allach rabbit, apart from one small yet significant detail: his version lacks the ‘ss’ symbol that was stamped on the base of each original porcelain piece. In contrast to Jeff Koons’s Rabbit (1986) – a stainless-steel cast of an inflatable toy rabbit that questioned the existence of simulacra without an apparent original – the origin of Hernández’s rabbits is of the utmost significance, even if the viewer remains unaware of the poignant back story. What Hernández seeks to demonstrate is that each drawing, each object, self-contained and seemingly complete, holds within it many more stories than the one or two we can access directly.

Hernández’s art works function like route planners whose coordinates have been deliberately entered incorrectly. They send us on our way, but never where we thought we were going. For Hernández, disorientation is less about being lost then about discovering, less about surren­dering to chaos than striving for signification. For if he undermines our sense of direction by exposing myths of totality and universality (Nazism, communism, capitalism), he also provides us with the tools – blemishes, shadows and fragments, auctorial decisions and artistic license – with which to imagine alternative paths. Just be careful where you tread.

Timotheus Vermeulen is Assistant Professor in Cultural Theory at Radboud University Nijmegen, the Netherlands, where he heads the Centre for New Aesthetics. He is co-founding editor of Notes on Metamodernism. His book Scenes from the Suburbs: Suburban Space in US Film and Television will be published by Edinburgh University Press in January. He lives in Düsseldorf, Germany.