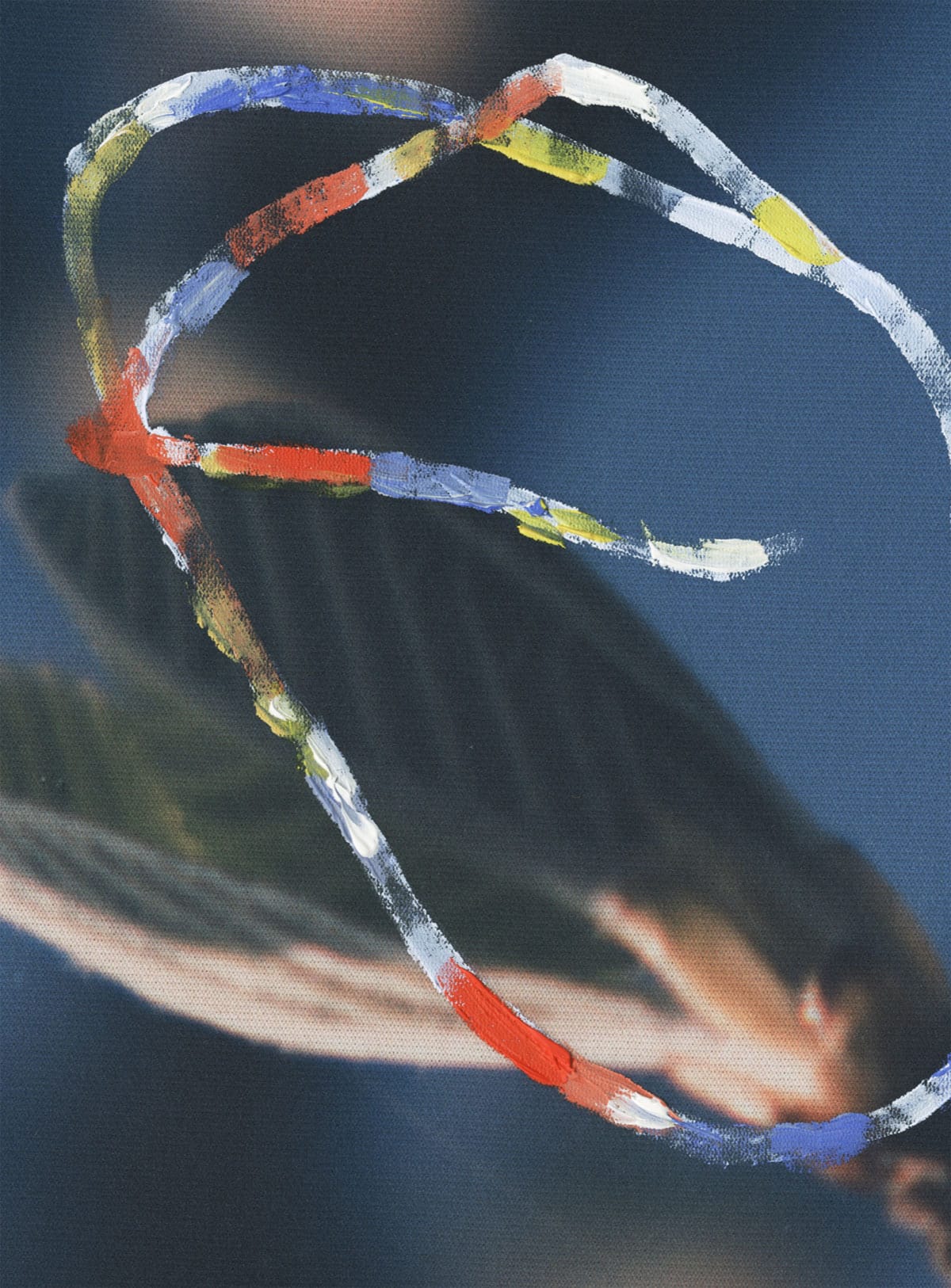 Eugene von Gundlach’s travelogue Ypres, 1967, is the photographer’s account of a few weeks he spent camping near the Ypres trenches in, as the title suggests, 1967. It’s not your ordinary travelogue, I guess. Ypres is hardly a holiday destination, after all – though today, with the advent of the misery industry, the exploitation of historical massacres and crime scenes for touristic purposes, it might just become one. A barren, desolate no-man’s-land of man-made grey trenches, brown mud and thin spells of trees, at once abysmal and claustrophobic, it is a memorial to the devastation, the inhuman, all too human suffering of the first World War. The entire male populations of Scottish villages were slaughtered on these grounds; young Germans from Dresden; French violinists; Belgium bakers. Von Gundlach hadn’t planned to set up camp here, but his visa for the Congo was delayed. Skint, he couldn’t afford a hotel. In its stead, he walked from Brussels to Ypres, finding a camp site near the trenches he could stay for free.

If Ypres is not your average holiday destination, the photographs Von Gundlach shot there are certainly not your everyday travel pictures either. Though Von Gundlach would become obsessed with the trenches, he rarely photographed them. At least not recognizably. You might spot them in the corner of an image; or, conversely, the photograph is taken in a trench but amplified to such an extent that the location loses its meaning. The photos von Gundlach made at Ypres focus above all on the berry trees that grow in and around the trenches in patches: raspberries, blueberries, blackberries – mostly of blackberries. As anyone who’s ever been to the trenches knows, they are themselves devoid of any life. I once went there, in the late nineties, and found no plants at all, not even weeds. But back in the sixties, Von Gundlach found these berry trees.

I am no art historian, but I guess von Gundlach’s travel photos are most accurately described as mosaics. They are soft, slightly out-of-focus and without proper perspective; arrangements, assemblages, of dark reds and blues, dark greens, browns and greys. Though none of the colours is intense, exactly, they all possess a tremendous range of tone, texture and depth. I read somewhere that these pictures symbolize a transcendence, a spirituality that exceeds the limits of the earthly. But to me, it is exactly the earthly that comes into view here. It is as if the height of our experience is condensed, as if the air grave with the past – with the trauma and the suffering – is either pressing or pulled into the grey linings of the trenches and the sly green grasses and red and blue berry bushes and brown mud. Height is not flattened, exactly; but pulled, drawn, woven, sown, into another, into a fabric of the earth, of earth-ness, of earthing, like water that sinks, slowly, into dry soil, like Pyramus’ blood darkening the mulberries. The aim here, it seems to me, is not to reduce our experience of materiality to transcendence, but, on the contrary, to expand one understanding of materiality to another, or multiple others. In Von Gundlach’s pictures of Ypres, the materiality of the earth is extracted from one perspective and injected into another, metabolizes, to use the term McKenzie Wark has recently reintroduced into critical theory, from a human, eye-level point of view, to a post-human, or rather co-human, position, one that sinks with the air and rises with the soil. Here human tragedy – the emotional trauma, the bodily suffering, the devastation of the ecosystem – is at once omnipresent, in the density of texture, the greys and reds and browns, and absent in that the point of view is that of another – the air and the soil; it is the cause of this nature and yet has no effect over it, that, like Pyramus’ blood and the mulberries, has metabolized into a nature that runs its own course entirely, that has a past, present and future wholly of its own making.

Once, a long time ago, I read an interview with von Gundlach. It may have been in TIME magazine. Or it was Flybe’s in house magazine. I don’t remember. Either one of them in any case. In the interview Von Gundlach spoke about his love of photography. About his favorite locations, the best lenses. That sort of stuff. Things he’d like to someday film. He also talked about the moment he discovered photography. The moment he first understood the power of photography. The moment he decided he would become a photographer – it was October, that’s what it was: Hal Foster and Rosalind Krauss’ journal, October. I’m sure of it. Anyway, as Von Gundlach told the story, he was about eight or nine years old. He was sitting, he said, in the bus next to a long, fragile man. His mother was standing beside him on the other side. The man was reading a magazine. For some reason, every time he turned the page, he coughed, subtly but nonetheless noticeably, like a hypochondriac’s Tourette, the tremors reverberating throughout his thin body, ever so slightly shaking the young Von Gundlach’s seat. For a long period, he went through the pages swiftly, producing a quick succession of soft, short wheezes. Though surprised, and slightly suspicious at first, Von Gundlach recalls in the interview, he had gotten used to the wheezes, to the even rhythm of the vibration, gradually fazing out and dozing off. But at one point, unexpectedly, a loud, protracted croak, a bark really, shook him from his reveries, compelling him to turn frantically, anxiously back towards the man. What had triggered the man’s asthma attack, Von Gundlach saw, was a picture of a naked woman. Not a pin-up or anything; a painting. But still, naked. His mother, standing besides him, had also seen it. Outraged, screaming at the man – these were clearly conservative times – she dragged the young boy from his chair. As she jerked his body to the right, his eyes involuntarily shook along with it, nearly jolting out of their sockets, seeing, in passage, fleetingly, volatilely, the page next to the print of the painting. It was a black-and-white photograph of a fragile, anxious looking bird nestled up in a cage. Though, or perhaps, precisely because their connection was such a jolt, Von Gundlach says, the image, as a volatile movement crossing a static space, stung him, suddenly, quickly, yet deeply. Like the eyes leaving and returning to their sockets, it hit and retreated. It was a feeling he longed to recreate, an addiction – and would concern himself with ever since.

Looking at von Gundlach’s pictures of Ypres, at these mosaics, I, too, hear the coughs echo, feel the tremor of that strange man sitting next to me in the bus, the sudden bark, my mother’s pull, my eyes bouncing around. Von Gundlach’s photos depict the world by confused proxy, you might say, through an unexpected detour, from the unsteady corner of one’s eye. He looks at one thing – ideology, political power play, social oppression, human suffering – but sees from the corner of his eye another alongside it, one that draws the gaze – the bird in the cage, the berry bushes, but also, in Von Gundlach’s better known photo series, the Gorilla’s eyesight, the dear near the Iron curtain, the exotic Cuban birds. This is not simply wonder. It is bewilderment, in the literal sense of the word: crossing these politically instilled, static places, there is an unexpected wilderness, a sudden wildness; a jolting, volatile, unpredictable drive. For the photographer, travelling is less about crossing grounds, than crossing a ground. What Von Gundlach’s photographs of Ypres achieve is not an unearthing, the revelation of a spiritual behind; but an earthing, the grounding of a material in-front: those beautiful berry trees.

Eugene at Kunsthalle Münster curated by Gail B. Kirkpatrick and Marcus Lütkemeyer